42% of Hodgkin lymphoma cases in the UK are in females, and 58% are in males.

) for persons are similar to the UK average in all the UK constituent countries.

Hodgkin lymphoma incidence shows a clear bimodal age distribution, with the first peak in incidence rates in young adults, and the second peak in older females and males. In the UK in 2016-2018, on average each year almost 3 in 20 new cases (13%) were in people aged 75 and over.[1-4] This is a lower proportion of cases in older age groups compared with most cancers.

Age-specific incidence rates rise sharply during childhood and peak first in young adults aged 20-24. Rates then decrease until middle age before rising again to reach a second peak at around age 75-79. The highest rates are in in the 20 to 24 age group for females and the 75 to 79 age group for males.

For Hodgkin lymphoma, like most cancer types, incidence increases with age. This largely reflects cell DNA damage accumulating over time. Damage can result from biological processes or from exposure to risk factors. A drop or plateau in incidence in the oldest age groups often indicates reduced diagnostic activity perhaps due to general ill health. 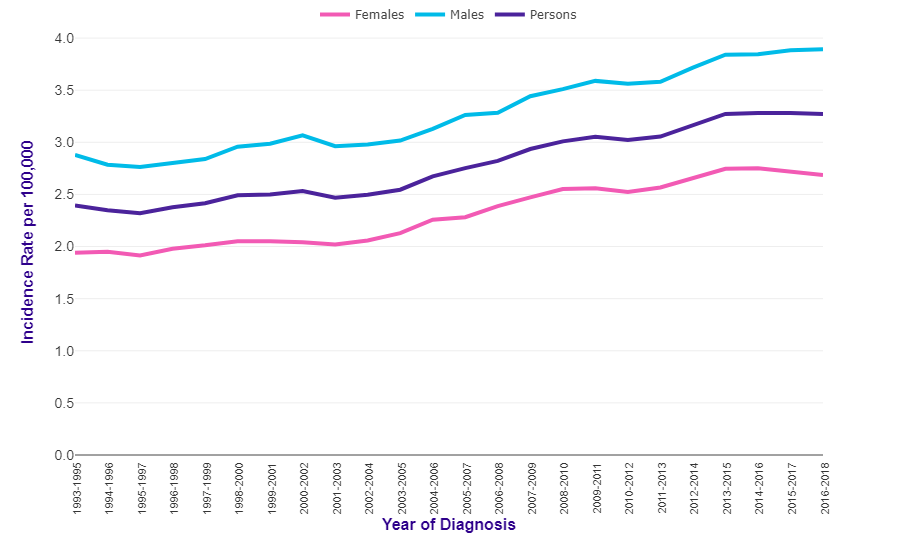 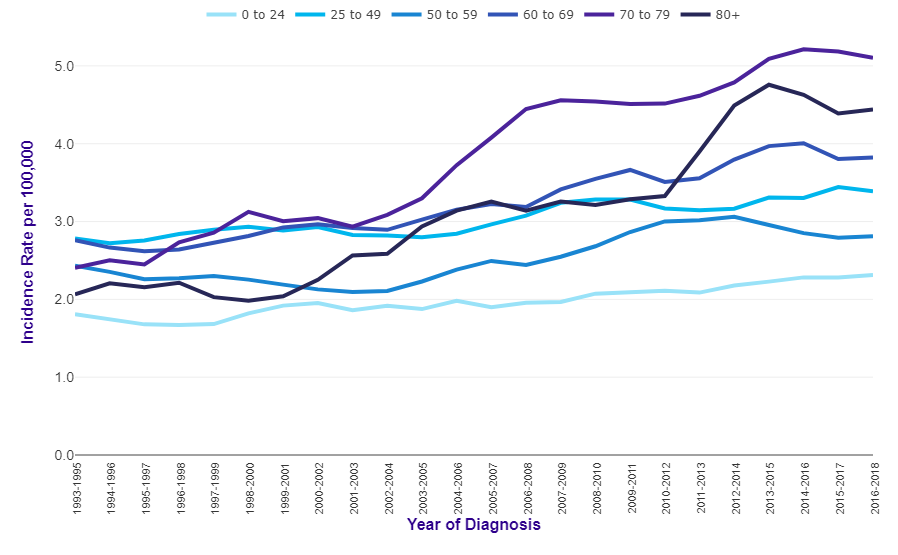 Projections of incidence for Hodgkin lymphoma

It is estimated that there are around 85 more cases of Hodgkin lymphoma each year in males in England than there would be if every deprivation quintile had the same age-specific crude incidence rates as the least deprived quintile. 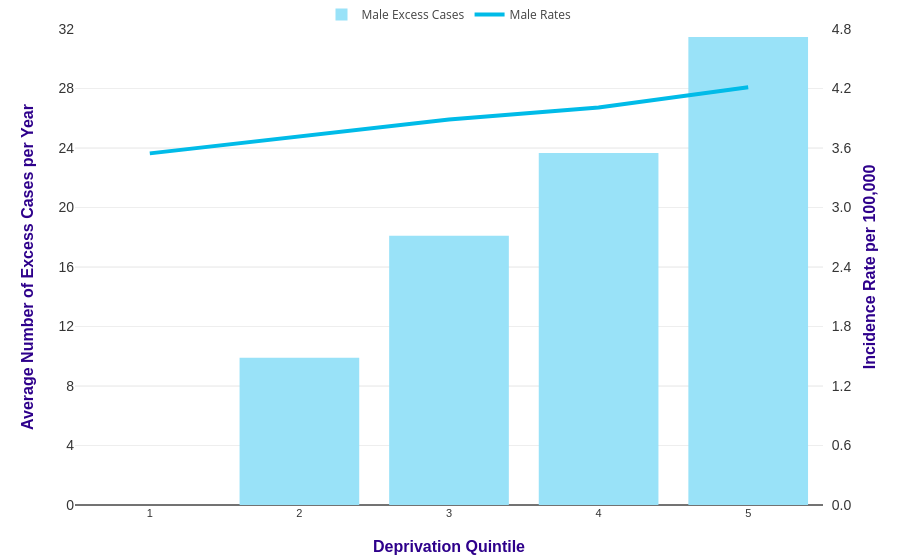 No data are shown for females as the difference in age-standardised incidence rates between most and least deprived quintiles is not significant for females.