Prostate cancer is the most common cancer in males in the UK, accounting for 26% of all new cancer cases in males (2017).

In females and males combined, prostate cancer is the 2nd most common cancer in the UK, accounting for 13% of all new cancer cases (2017).[1-4]

Prostate cancer incidence is strongly related to age, with the highest incidence rates being in older men. In the UK in 2015-2017, on average each year more than a third of new cases (35%) were in males aged 75 and over.[1-4]

Age-specific incidence rates rise steeply from around age 50-54, peak in the 75-79 age group before dropping slightly and remaining stable in the oldest age groups.The highest rates are in in the 75 to 79 age group. 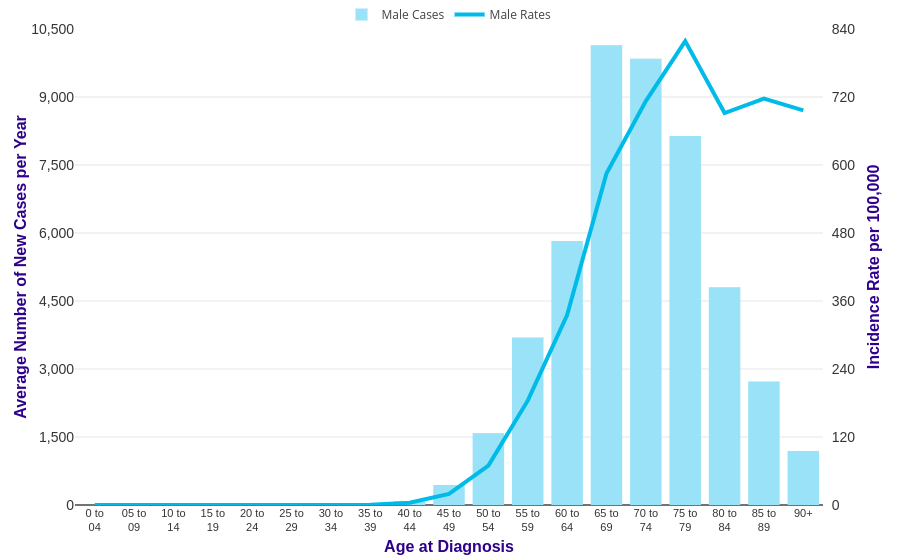 For prostate cancer, like most cancer types, incidence increases with age. This largely reflects cell DNA damage accumulating over time. Damage can result from biological processes or from exposure to risk factors. A drop or plateau in incidence in the oldest age groups often indicates reduced diagnostic activity perhaps due to general ill health.
The age distribution of prostate cancer cases probably partly reflects the age groups in which prostate specific antigen (PSA) testing and transurethral resection of the prostate (TURP) are carried out. 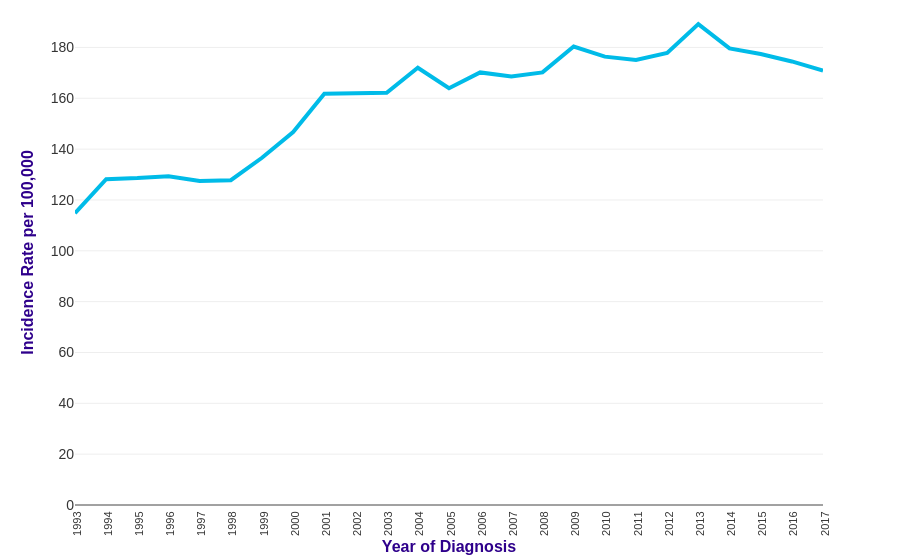 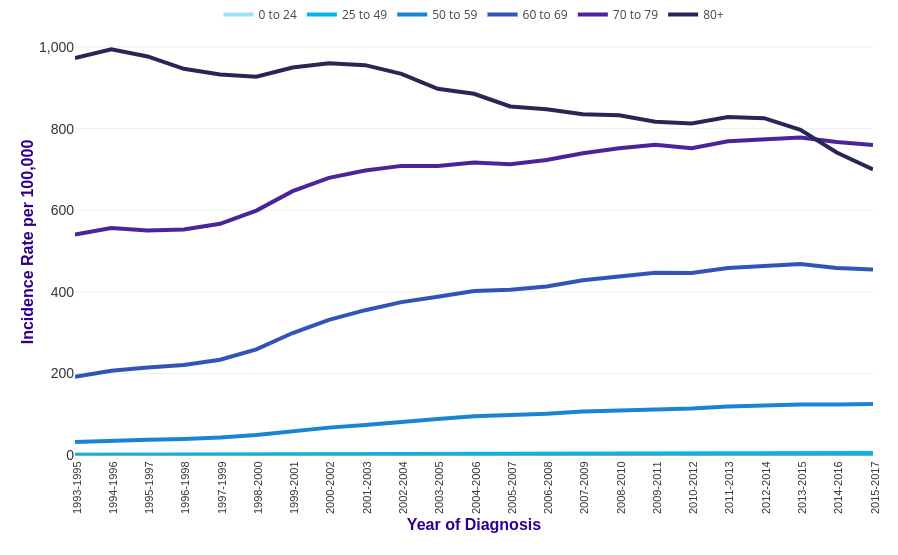 Prostate cancer incidence trends clearly reflect incidental detection of asymptomatic disease through transurethral resection of the prostate (TURP) and prostate specific antigen (PSA) testing. PSA testing was introduced in the late 1980s and an estimated 10-20% of men in Europe have had the test.

A high proportion (78-88%) of prostate cancer cases in England, Scotland and Northern Ireland have stage at diagnosis recorded.[1-3]

Prostate cancer patients diagnosed with a known stage are most commonly diagnosed at stage I in England (35%), stage II in Northern Ireland (39%) and stage IV in Scotland (34%).[1-3]

Between 17% and 34% of prostate cancer patients have metastases at diagnosis (stage IV).[1-3]

These patterns by deprivation, age and sex are probably not explained  by other demographic differences.[5]

Stage at diagnosis by ethnicity

Variation in stage at diagnosis between countries and demographic groups might reflect variation in the use of prostate specific antigen (PSA) testing. PSA testing can lead to the diagnosis of early cancers that would never have gone on to cause harm in a man’s lifetime (overdiagnosis). This could lead to unnecessary treatment for some men, which can have serious side effects.

For example, there is evidence indicating that black men in the UK are more likely to have PSA tests compared with white men, with higher rates of PSA testing leading to an artificially higher proportion of early stage disease in this group.

View our patient information on staging for prostate cancer

Projections of incidence for prostate cancer

It is estimated that there are around 3,100 fewer cases of prostate cancer each year in England than there would be if every deprivation quintile had the same age-specific crude incidence rates as the least deprived quintile. 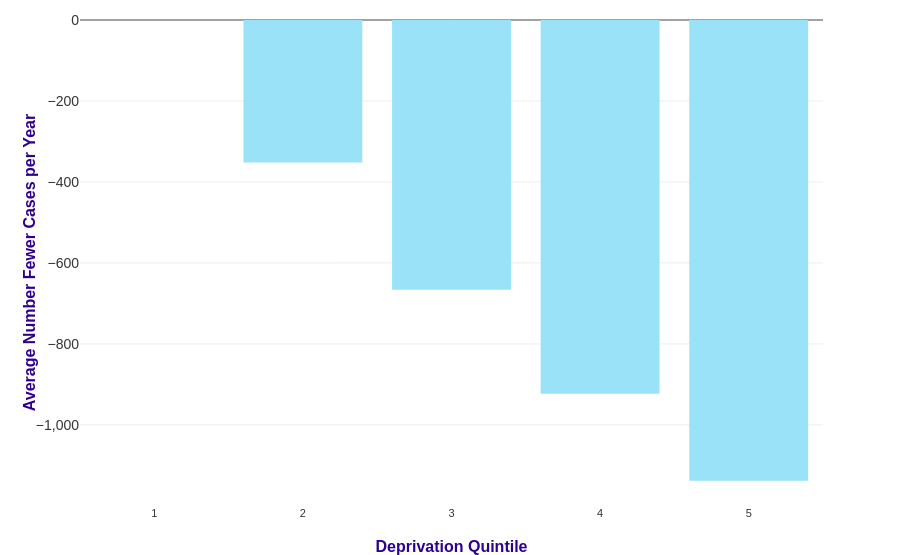 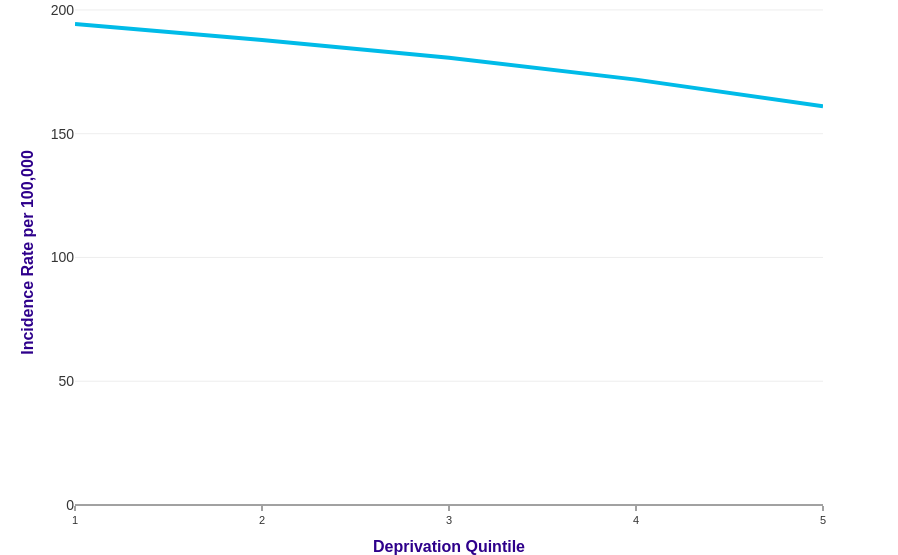 Ranges are given because of the analysis methodology used to account for missing and unknown data. For prostate cancer, 146,905 cases were identified; 37% had no known ethnicity.

There are similar differences by major ethnic group in the United States.[2] Black men may be diagnosed younger compared with white men, but factors around diagnosis do not fully explain the association between ethnicity and prostate cancer incidence.[3,4]