This study used a questionnaire to see if it could improve the quality of life of people with lung cancer that are not having cancer treatment.

People living with lung cancer may have symptoms such as pain and breathlessness, which can affect every part of their life. They can also have other issues such as financial problems. This can reduce their

Doctors usually find out about people’s issues by talking to them at their clinic appointment. But clinics can be busy. There may not be enough time for the doctor to find out about all the problems people have.

We know from research that using a quality of life questionnaire may be better at finding out all these problems.

The aims of this study was to find out if using a quality of life questionnaire could:

The study team concluded that using a quality of life questionnaire helps doctors to learn more about issues that affect people’s life. But, it doesn’t help to improve their quality of life.

138 people who had a type of lung cancer and who were being seen at the Royal Marsden Hospital took part.

This study was randomised. People were put into 1 of 3 groups: 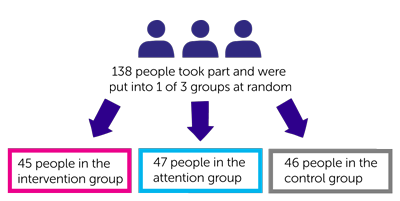 The study team looked at the number of issues discussed during the clinic appointment. The issues included:

They found that on average:

During the consultation, doctors also acted on the issues they found. People were given advice, tests and medications to help with their problems.

6 weeks later, everyone completed a questionnaire.

Researchers found that after 6 weeks, people’s quality of life was the same in the 3 groups. It had not changed since the start of the study.

Researchers also looked at the number of times people used other health services during the 6 weeks. They found it was the same in the 3 groups.

Researchers concluded that questionnaires help doctors to find out the issues that affect people’s quality of life. But, it doesn’t help to improve the quality of life of people with lung cancer.