Building our understanding of cancer: our progress 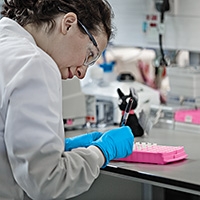 Driving progress in understanding the causes and biology of cancer is an essential foundation for our work – providing the evidence that underpins our policy and information activity, and opening new avenues for translational and clinical research.

In our strategy we pledged to continue to invest a significant proportion of our overall budget in this area, as well as maintaining the shift from fundamental biology to tumour-specific biology, ensuring that we only fund discovery research with a clear link to cancer.

The Crick is the largest biomedical research facility in Europe under one roof, bringing together 1,500 scientists and support staff working across disciplines in a unique physical and cultural environment designed to encourage multidisciplinary collaboration. As a founding partner, CRUK contributed £160 million to the construction of the Institute and will continue to invest annually to support research. The collective vision is to radically increase our understanding of the fundamental biology underlying human health and disease, and includes a strong focus in cancer research.

Sometimes I look at what’s been achieved so far with the Crick and I can’t quite believe that it has all happened. What has been produced is an advanced, exciting and complex biomedical research institute, which is within budget and is already functional. This is to the credit of all those who have been involved in this project. Now we have to deliver the mission of the institute – to push back the boundaries of our understanding to help society combat human disease.

Our Institutes in Cambridge, Glasgow, Manchester and Oxford are essential in the delivery of our strategy. Together, they provide an outstanding environment for us to support a long-term approach to addressing the broader challenges in cancer. They also play a key role in developing the future cancer workforce, and in recruiting and retaining international talent. In 2016/17 we invested £53.2 million in our core-funded Institutes, an increase of £6.6 million from 2013/14.

Each Institute has its own unique strengths and areas of strategic focus, which align with its associated Centre to facilitate the translation of research. Since the launch of the strategy, the institutes have continued to all align to areas of strategic priority.

Invest in our existing funding schemes

Our strategy included significant new activity but we recognised the importance of continuing to invest in the funding schemes we already had in place, through:

These committees support talented UK scientists to conduct five-year curiosity-driven programmes of research or shorter-term projects or fellowships in a range of disciplines – from behavioural research, to fundamental cancer biology, drug discovery and late-phase clinical trials.

They are also a key route for building capacity and funding research that can lead to impact in our priority areas – such as brain, pancreatic, lung, oesophageal and children’s cancers. We are already seeing increased representation of these areas in the portfolio and will monitor research outcomes and impact in the long-term.

As part of the new activity outlined in our strategy, we said we wanted to provide a mechanism for researchers to test novel small-scale innovations that could make a difference in cancer. Our Pioneer Award was launched to support these high-risk, potentially high-reward pilot studies with grants of up to £200,000 over two years.

Funding is awarded based on the quality of the idea, rather than the researcher’s track record, and aims to support genuinely innovative approaches. Launched in 2015, our aim was to fund up to 10 projects per year and we have funded 18 projects to date, including two in partnership with commercial collaborators.

The award has attracted a wide range of disciplines to focus on cancer research, including areas such as computer science, nanotechnology and engineering. Pioneer Award recipients are working on ideas such as using palladium catalysts to target brain tumours and investigating whether the Zika virus can slow down brain tumour growth.

Discover more about our Pioneer Awards

Immunotherapy holds great promise in cancer and other diseases and we are only just at the beginning of realising its potential. The UK has an outstanding base of immunology researcher expertise, and the Cancer Immunology Project Award was launched to attract this community to the cancer field.

Our aim was to fund up to 10 projects each year and since 2015 we have funded 18 grants of up to £300,000 over three years. Researchers are using their awards to explore ideas such as increasing understanding of mechanisms of immune suppression within the tumour microenvironment, and investigating novel pathways that suppress the immune checkpoint molecule PD-1, taking the brakes off the immune system’s anti-tumour response

We’re also embarking on a new collaboration with Arthritis Research UK and will host a sandpit-style idea generation workshop with researchers that will help to identify new opportunities in this important field.

Launch a new funding scheme for engineering and physical sciences

​To make faster progress against cancer we need the expertise of scientists working in different disciplines. In 2015, we launched the Multidisciplinary Project Award to foster collaborations between cancer researchers and scientists from engineering and physical sciences, with the aim of generating creative research ideas and implementing them in cancer research. The awards provide researchers with funding of up to £500,000 over four years and are funded in partnership with the Engineering and Physical Sciences Research Council (EPSRC), allowing us to further reach the engineering and physical sciences community.

Since 2015 we have funded a total of 21 projects against a target of 15 each year. These bring expertise from the fields of physics, biophotonics, nanotechnology, materials science, and chemistry and biotechnology. Projects range from using mathematical modelling to gain insights into the biological processes that drive cell migration and metastasis, to using a new form of spectroscopy developed in physics to map the response of tumour models to different treatments, aiding drug discovery and potentially determining the best treatment option for patients.

Find out more about our Multidisciplinary Project Awards

One of the first CRUK and EPSRC co-funded multidisciplinary awards was granted to mathematician Dr John MacKenzie from the University of Strathclyde and molecular biologist Professor Robert Insall from the CRUK Beatson Institute in Glasgow, who have brought together a group of mathematicians, statisticians and cell biologists to tackle the problem of cancer metastasis.

Classical mathematical approaches are excellent at uncovering linear pathways, but struggle to explain the complexity of positive feedback and self-organisation pathways involved in cell migration. To overcome this, the team are using a combination of theoretical and experimental components.

First, they’ll design new realistic computational models to describe how individual molecules drive the shape, movement and steering of a cell when it is driven out of a primary tumour and into the blood, lymph and surrounding tissues. Next, they will test their theoretical results experimentally by tracking melanoma cells using video microscopy, and adapt their predictions based on comparison data derived from real tumours.

The pairing of skills between these teams has enabled real innovation in thinking about cell migration, with both researchers armed with new insight they can carry with them to other areas of their research. 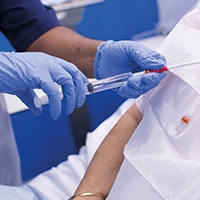 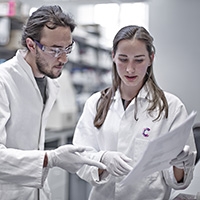 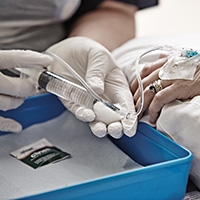 Accelerate the translation of research 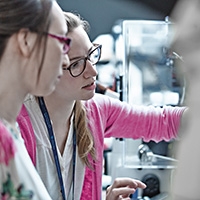 To read our Research Strategy Progress Report in full, explore our approaches or download the document.