Cancer Research UK supports GPs to deliver best practice. We have created a central resources hub for Health Professionals which hosts all of our CRUK resources and further materials to help with managing the pandemic. We are updating the information as guidance changes. There is also a page specifically for patients on our about cancer hub.

71% of gallbladder cancer cases in the UK are in females, and 29% are in males.

) for persons are similar to the UK average in all the UK constituent countries.

Gallbladder cancer incidence is strongly related to age, with the highest incidence rates being in older people. In the UK in 2016-2018, on average each year more than half of new cases (53%) were in people aged 75 and over.[1-4]

Age-specific incidence rates rise steeply from around age 50-54. The highest rates are in in the 85 to 89 age group for females and the 90+ age group for males. 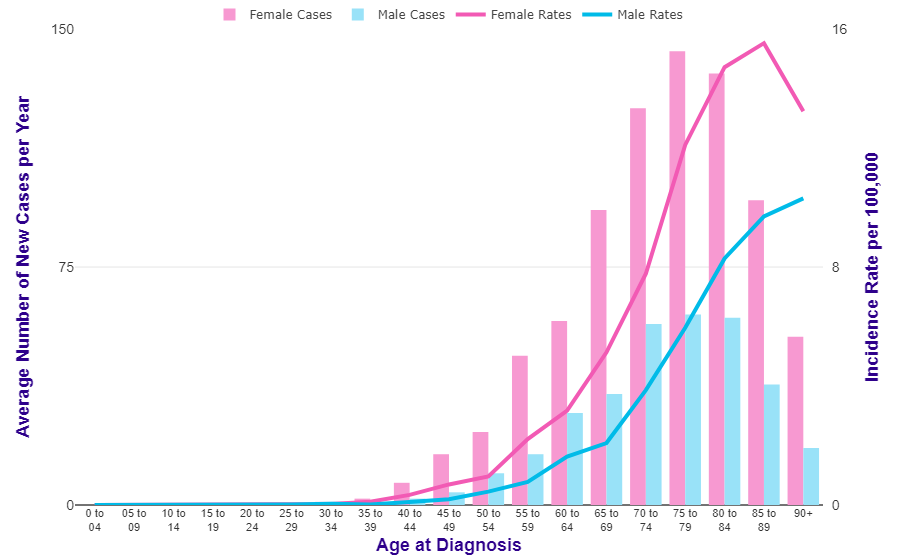 For gallbladder cancer, like most cancer types, incidence increases with age. This largely reflects cell DNA damage accumulating over time. Damage can result from biological processes or from exposure to risk factors. A drop or plateau in incidence in the oldest age groups often indicates reduced diagnostic activity perhaps due to general ill health. 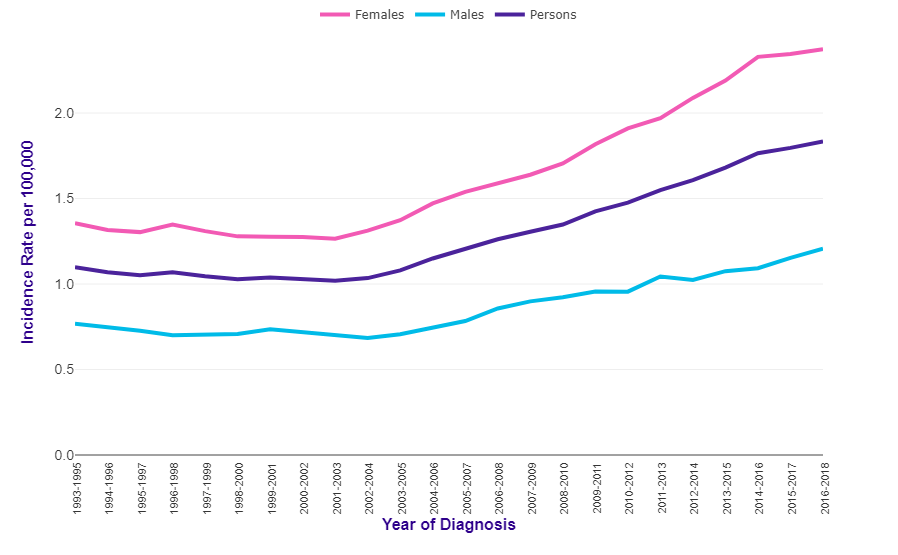 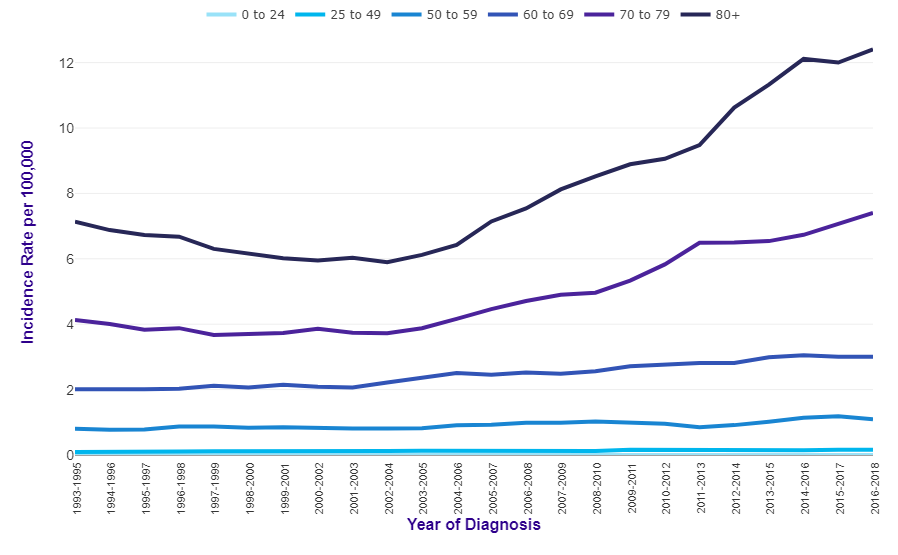 Cancer incidence trends over time for common cancers in the UK

It is estimated that there are around 180 more cases of gallbladder cancer each year in England than there would be if every deprivation quintile had the same age-specific crude incidence rates as the least deprived quintile. Around 130 of these cases are in females, and around 45 in males. 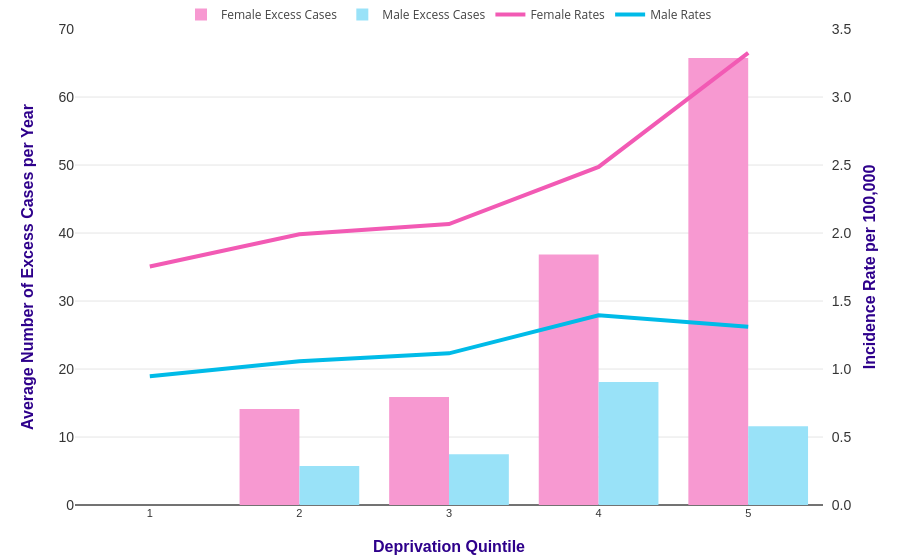