Scotland, pledge to leave a gift in your Will 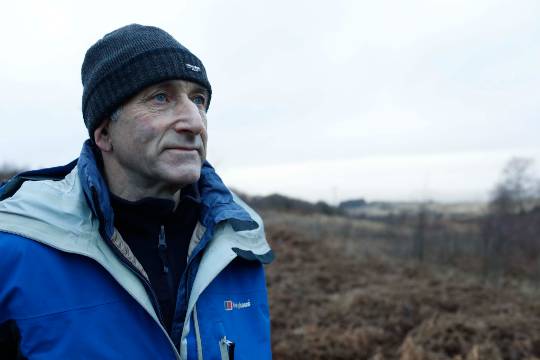 "I pledge to beat cancer for future generations"
Join Jo from Dundee, play your part and help fund live-saving research for tomorrow. Pledge to leave a gift in your Will
Get your free Gifts in Wills Guide

Writing a Will can be confusing, so we’ve made it easy for you to get free information to help

Get your free Guide

Our guide will give you confidence in how to start thinking about your Will.

We recommend this for anyone who's thinking about what they want to leave to the people and causes they care about.

Get your free guide

Stuart and Robyn are your local Relationship Manager in Scotland. Get in touch with them if you want to speak to someone about your Will.

Write your Will for free

Our Free Will Service allows anyone 18+ to easily write or update a simple Will for free. We partner with local solicitors across Scotland who can offer guidance.

5,561* supporters in Scotland have left a gift in their Will to Cancer Research UK

“We’ve been fighting cancer as a family since my wife Sue was diagnosed in 1993. At the time we got told she had six months to live, our children were aged 16, 14 and the twins were 12.

Sue had a very rare cancer called a phaeochromocytoma. She received treatment that enabled her to live a normal life, bringing up the children and going back to work.

Sue sadly passed away in 2003. In 2010, we found out that the faulty SDH-B gene that caused Sue’s cancer was hereditary. My twins have it and they’re screened on a regular basis.

Get your free gifts in Wills Guide

Our research in Scotland

Learn more about our research in Edinburgh  and Glasgow