Both wooden spatulas and a device called Therabite are used to help people who aren’t able to fully open their mouths after radiotherapy. This study compared these 2 methods for people who had radiotherapy for mouth cancer and cancer where the mouth joins the throat (oropharyngeal cancer).

Trismus can be treated by gently stretching the jaw muscles using wooden spatulas. The spatulas are placed in the mouth between the front teeth for a period of time each day. The jaw muscles are stretched by increasing the number of spatulas over time.

The Therabite device is another way to gently stretch the jaw muscles. It is a hand operated device that is put inside the mouth. 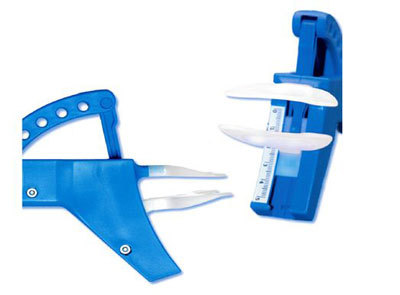 The aim of this trial was to compare Therabite with wooden spatulas to find which:

This was a feasibility study. 71 people took part.

It was a randomised study. The people taking part were put into 1 of 2 groups by a computer. Neither they or their doctor could choose which group they were in. 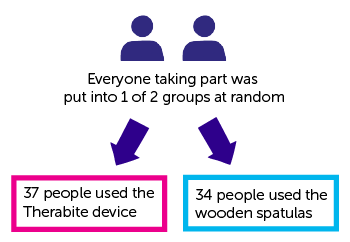 After 6 months of usage there was no significant difference in trismus between the 2 groups. The acceptability of the exercises was the same for both groups.

The study team also used telephone interviews to ask the people about any issues that occurred and how these could be improved.

They said that the frequency of the exercises should be reduced from 5 times a day to 3 times. And that a break from the exercises of up to 6 weeks should be allowed when the side effects of radiotherapy are at their worst.

The team concluded that: