Change in myeloma incidence rates since the early 1990s, UK

The Lifetime risk of myeloma article can now be found on the Myeloma risk page.

For myeloma, there are few established risk factors therefore differences between countries largely reflect differences in diagnosis and data recording. 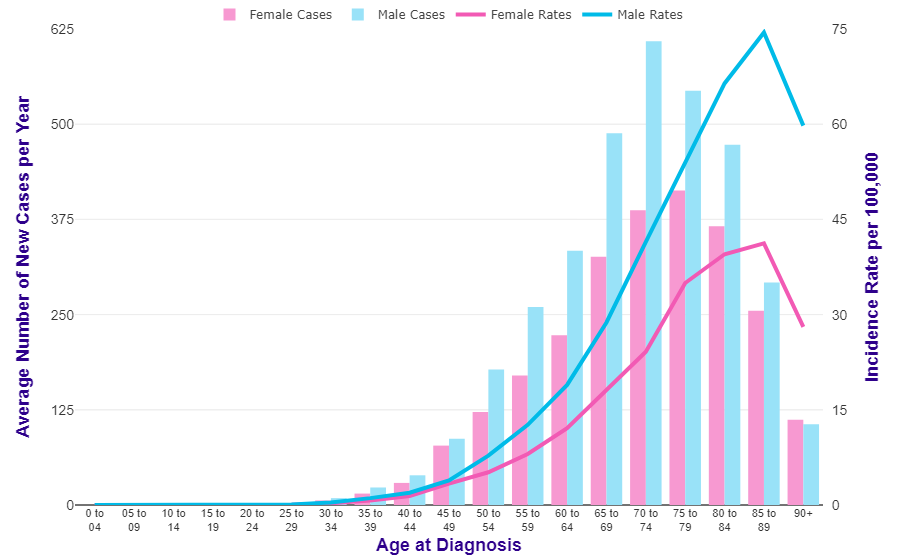 For myeloma, like most cancer types, incidence increases with age. This largely reflects cell DNA damage accumulating over time. Damage can result from biological processes or from exposure to risk factors. A drop or plateau in incidence in the oldest age groups often indicates reduced diagnostic activity perhaps due to general ill health. 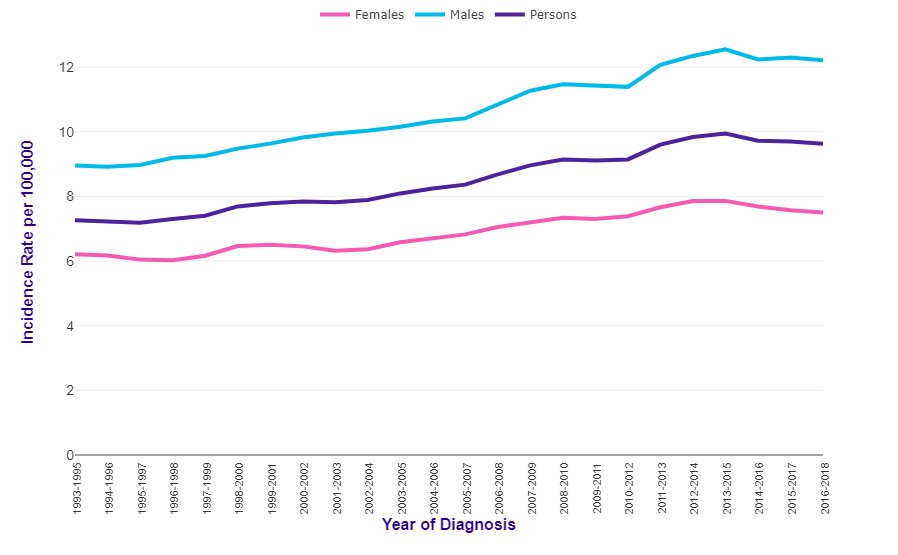 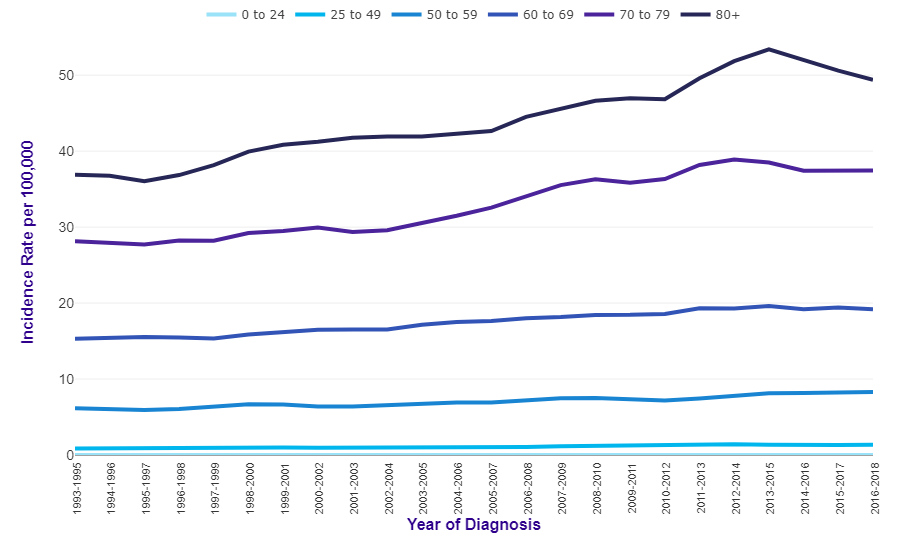 Projections of incidence for myeloma

Incidence trends over time for myeloma