Exploratory research to understand the factors contributing to the observed survival differences have also been published over the previous 2 phases of ICBP research.

The ICBP has now published the updated cancer benchmark, where data on 3.9 million cancer cases was collected from population-based cancer registries in 21 jurisdictions in 7 countries during 1995-2014. Population-based net cancer survival, age-standardised 1 and 5-year survival were all calculated. Changes in survival were then mapped to changes in incidence and mortality rates to establish a holistic understanding of cancer control.

For all cancer sites studied, 1- and 5- year net survival increased in all countries over the 1995-2014 period. The differences internationally in 1-year survival narrowed over time for all cancer sites other than pancreas. This was also true for 5-year survival in oesophageal and rectal cancers only. Greater improvements in survival were seen in patients aged less than 75 years at diagnosis, compared to those aged 75+ years.

By exploring trends in incidence, survival and mortality, progress was seen in cancer control for all countries in stomach, colon, ovarian and lung cancer (in males only).

International differences in survival continue to exist for those cancers associated with poorer prognosis. Pancreatic cancer has the lowest survival amongst the 7 cancer sites studied, however there were increases in survival in most countries.

The International Cancer Benchmarking Partnership’s (ICBP) analysis of 2.4 million cancer patient records showed that overall survival rates improved in all jurisdictions between 1995 and 2007. Survival was higher in Australia, Canada, and Sweden, intermediate in Norway and lower in Denmark and the UK (England, Northern Ireland and Wales).

The survival ‘gap’ between the countries with the highest and the lowest survival estimates remained largely unchanged- except for breast cancer, where the UK saw improvements and a narrowing of the gap.

This study saw a new and innovative way to compare different countries’ cancer data. The data comparison showed significant differences in the correlation between cancer stage at diagnosis and survival between age groups. Missing stage information was also highlighted as an issue for older groups. The analysis demonstrated the importance of having consistent and high-quality data on stage at diagnosis to enable further insights to be generated.

Awareness, attitudes and beliefs about cancer

This module investigated the general public’s awareness and attitudes towards cancer to see if cultural differences could help explain variation in survival between jurisdictions. It was acknowledged that individuals with low awareness of cancer symptoms or negative beliefs about cancer outcomes may delay going to the doctor when they have symptoms.

The study found similar levels of cancer symptom awareness and generally positive beliefs about cancer across all jurisdictions. There was low awareness across all jurisdictions that age is a risk factor for cancer. Respondents in the UK reported the highest number of barriers to seeing their primary care physician (PCP). The findings from this study continue to demonstrate the need for public awareness campaigns to encourage presentation to PCP’s, particularly for older people at risk.

The role of primary care physicians in diagnosing cancer

This study explored differences in how primary care physicians (PCPs) manage patients with cancer symptoms. PCPs completed a survey that included questions about the environment they work in and the course of action they may take to patients and different types of symptoms.

PCPs in England, Northern Ireland and Wales consistently reported a lower readiness to refer or investigate patients with potential cancer symptoms than other jurisdictions. The results suggest that differences in PCPs’ access to diagnostic tests and how they interact with different services within the local health system may be having an impact on how they are able to manage patients.

A health systems ‘mapping’ exercise confirmed differences between ICBP jurisdictions that would need further investigation. Examples include the nature of a patient’s contribution to health care costs and the ease with which patients can move freely between primary care providers. Such factors may impact on patient or doctor behaviour and could contribute to differences in cancer outcomes.

Measuring time intervals and pathways from symptoms to diagnosis and treatment

This module compared the routes for diagnosis and time intervals from patients first noticing a symptom to starting treatment across the ICBP countries. Surveys were conducted amongst breast, colorectal, lung and ovarian cancer patients, their primary care practitioners (PCPs) and their cancer treatment specialists (CTSs).

There was marked variation between ICBP jurisdictions in the following time intervals:

These findings warrant further investigation of how the different ICBP health systems organise their services, what is available for PCPs in diagnostic and referral services, and what services are offered to patients.

Another study within this module also found variation in time intervals for lung cancer patients. The study also found the main route for patients to be diagnosed with lung cancer was after them presenting to their PCP. The most common symptoms reported to PCPs was persistent cough and breathlessness, however it was found PCPs were reporting fewer symptoms than patients were, particularly weight loss and fatigue.

High quality, population-based registry data plays a central role in the way we try to understand how to improve outcomes for people affected by cancer. In order for us to make international survival comparisons it is important to ensure we have reliable and comparable cancer registry data from our participating jurisdictions. This module of research assessed and estimated the combined effects of differences in cancer registration practices on 1-year survival on an international scale.

It was found that cancer registries use different rules to define the date of a cancer diagnosis and differ in how they handle death certificates and multiple primary tumour cases. The largest difference found in 1-year survival between the original Phase 1 ICBP benchmark and the survival estimates after taking into consideration the registry practice differences was 7.3% for lung (in Norway and Ontario), 3.4% for colorectal (in Sweden), 2.6% for ovarian (in Norway) and 1.3% for breast (in Ontario).

These findings do not fully explain the survival gap that exists between the UK (England, Wales, Northern Ireland) and those jurisdictions with higher 1-year survival but it could mean that some of the jurisdictions originally reported to have the best survival outcomes (Norway, Sweden, Ontario) may not be performing as well comparatively as originally thought.

Differences in access to diagnostics may be contributing to observed international cancer outcomes. Investigating the variation in access to post-diagnosis investigations may provide insights into the extent of efforts to stage and characterise cancers, and the information available to plan treatment. This research is being carried out by the ICBP Programme Management team, based at Cancer Research UK.

This module has published research exploring PET-CT service provision across the ICBP countries – you can read the paper here.

The team are now exploring the variation in referral pathways within primary care across the ICBP countries, as well as exploring the complexity of these pathways.

High quality care of cancer patients consists of prompt access to the most appropriate and effective treatment – variations within this could partly explain the observed survival differences and impact cancer outcomes internationally.

The ICBP Programme Management team at Cancer Research UK are now conducting research to explore how differences in treatment guidelines, and to what extent they are implemented effectively, could be impacting differences in survival across ICBP jurisdictions.

The first treatments study focused on variation in ovarian cancer treatment – read the paper here. Another project is underway, exploring variation in the treatment of early stage lung cancer patients across the ICBP countries.

During Phase 1 research, it became evident that there may be more subtle differences impacting on cancer survival outcomes regardless of the ICBP partner jurisdictions being otherwise broadly comparable. One element contributing to these subtle differences is the structure of health care systems across the jurisdictions. This research is led by Dr Ellen Nolte at The London School of Hygiene and Tropical Medicine and focuses on:

So far, the team have published a conceptual logic model, visualising the pathways across the cancer patient journey and identifying key health system factors that may play a role in cancer outcomes – you can read the paper on this here. The team have also published an exploration of key stakeholder views on the role of health service capacity in cancer outcomes. We have also published exploring the role of leadership in driving change to improve cancer survival.

Most participating jurisdictions have a cancer patient pathway, which sets out how patients should be treated at each stage of their cancer journey. The creation and structure of these were identified in Phase 1 research as a potential contributor to subtle international cancer survival differences. Professor Yoryos Lyratzopoulos at University College London is leading the research into the similarities and differences in the cancer patient pathways across the jurisdictions. The aims of this research module are to:

Awareness and Beliefs about Cancer Tool

The Awareness and Beliefs about Cancer measure (ABC) tool has been translated into multiple languages and used in in the United States, Japan, Brazil, South East Asia, Spanish-speaking countries, and soon, Iran. Learn how the tool was validated and how patients vary across the ICBP. Find out what this means for cancer survival.

IARC, NICR and UICC developed and tested CanStaging+ to assist PCBRs in the recording of complete and accurate cancer staging data that are comparable at the population level.  Read the publication to learn more. 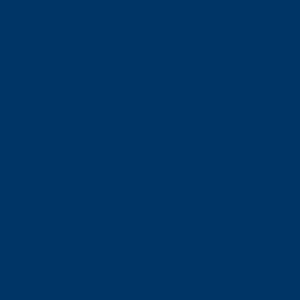 For the latest ICBP updates please sign-up to our newsletter or contact the team for any questions on ICBP.