The Stand Up To Cancer – Cancer Research UK (SU2C–CRUK) Paediatric Cancer New Discoveries Challenge awards will support three new research collaborations between UK and US labs. Each collaboration will receive $1 million over 2 years, with possible extensions of $5 million over 3–4 years for the most promising projects. The awards aim to spark fresh ideas that can lead to better treatments for children and young people with cancer.

The SU2C–CRUK Paediatric Cancer New Discoveries Challenge awards are designed to foster knowledge sharing across the Atlantic and across disciplines. Applicants were encouraged to form teams that include expertise beyond paediatric oncology. The initiative seeks to increase understanding of the drivers of paediatric cancers and support the development of novel or repurposed medicines, treatment approaches and technologies, especially in areas of acute patient need.

BRAINatomy, an atlas of brain damage after radiotherapy 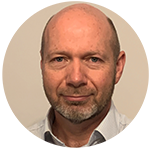 More than 70% of children with brain tumours survive in the long term, often thanks to radiotherapy. However, children treated with radiotherapy are at risk of cognitive and endocrine problems and their quality of life can be low for years to come – and we don’t have enough information about which healthy brain structures should be avoided to make the treatment less toxic for them. Martin and Tom will lead an interdisciplinary team based at the University of Manchester and Manchester Cancer Research Centre, St. Jude Children’s Research Hospital and the University Medical Centre in Groningen, The Netherlands, to identify the regions of children’s brains that are most sensitive to radiotherapy damage. They will examine how radiotherapy with protons and X-rays causes damage to developing brain tissues, both at a whole-brain structural level and at a single-cell level.

Our research will make it possible to develop new clinical treatment paradigms to focus radiation beams primarily on tumour cells while minimising radiation to the structures that are most critical to brain development and function.

R-loops under scrutiny in Ewing sarcoma

Despite decades of work, Ewing sarcoma is still an enigma, with poorly understood biology and no targeted treatments in clinical use. Building on their teams’ previous basic research findings, Alexander and Kevin will lead an international collaboration between three labs – they will work with Chun-Wei (David) Chen at City of Hope, Duarte, US – to investigate the mechanisms of accumulation of the DNA-RNA hybrids known as R-loops in Ewing sarcoma. The teams will test whether pharmacological intervention could increase the levels of toxic R-loops in these tumours and, therefore, decrease the viability of cancer cells. The researchers’ goal is to lay a foundation for future pre-clinical work on a potential new class of targeted treatments.

This transatlantic partnership is an exciting opportunity for us to collaborate internationally to develop new treatments for children and young adults with Ewing sarcoma.

Immunotherapy has had limited success in childhood solid cancers, which usually lack infiltrating immune effector cells as a result of immune evasion, lack of tumour antigens or both. John, Louis and Paul will lead a collaborative project that will test the ability of different treatment combinations to overcome immune evasion in animal models of neuroblastoma and medulloblastoma. The researchers then plan to develop a clinical trials strategy to translate the most promising combinations into novel treatments for these types of childhood cancers.

Previous treatments of neuroblastoma and medulloblastoma have focussed on chemotherapy. We’re interested in combining immunotherapy approaches with drugs that target the genes that cause these childhood tumours.

Stand Up To Cancer

Satnd Up to Cancer(SU2C) is a charitable programme of the Entertainment Industry Foundation in the US that raises funds for translational cancer research. It was established in 2008 by media and entertainment leaders to engage the public in supporting a new, collaborative model of cancer research, to increase awareness about cancer prevention, and to highlight progress being made in the fight against the disease. As of August 2020, more than 1,950 scientists representing more than 210 institutions are involved in SU2C-funded research projects.

Following the success of Stand Up To Cancer in the US, the campaign was launched in the UK in 2012 as a joint fundraising initiative from Cancer Research UK and Channel 4, to bring the UK together to speed up progress in translational cancer research. To date, the campaign has raised more than £62 million, funding 52 clinical trials and projects, involving over 11,000 patients across the country.

We want to hear from researchers with an interest in moving into paediatric cancer research.

A new drug that has passed safety tests in adults is likely to be effective against the aggressive childhood cancer neuroblastoma.

How we intend to support researchers to drive progress in children’s and young people’s cancer research.