Dr Doryen Bubeck: taking the next step with the CRUK Career Establishment Award

American researcher Doryen completed her PhD at Harvard before moving to the UK for a postdoc at Oxford. Now leading a research group at Imperial College London, and supported by a CRUK Career Establishment Award, Doryen has been impressed by the professional and personal support which has allowed her to start a family at the same time as making major advances in her research career.

“I spent most of my life on the east coast of the US, but after completing my PhD at Harvard I was looking for a change. I wanted somewhere with an international reputation for scientific excellence and state-of-the art research facilities. I found the UK was a perfect fit and took up a postdoc at Oxford.

I’ve been in the UK for over 10 years now, and with the support of CRUK I’ve started my own research group at Imperial College, London, one of the world’s top universities. The Career Establishment Award provides six years of funding to help develop as a new group leader. It’s this security and support that means I’m now leading a team of researchers to make breakthroughs in the most significant medical challenge we face today.

My fellowship has been hugely successful, and I’ve felt incredible support on both a professional and personal level.

In the first three years my team solved one of the biggest questions in the field of complement immunology, at the same time as I was starting a family. I was able to delay the activation date of the award until I returned to work with my first child, and extended the fellowship for the length of my maternity leave with my second. CRUK’s mentorship scheme has also helped shape my leadership strategy, enabling me to gain the skills to motivate and run my own team.

The results of this level of support can be seen in the science. My proudest achievement, besides balancing my career with being a new mom, is uncovering how an immune pore called the Membrane Attack Complex is formed. These pores can punch holes in cancer cells and only now, with work done in my lab, can we see this complex in 3D and determine how it works.

I’ve found the UK scientific community to be international and open. CRUK provides funding that enables cutting-edge research and allows its fellows to truly compete on the world stage.” 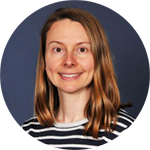 Originally from New York, Doryen received her PhD in biophysics from Harvard University in 2005, where she used cryoelectron microscopy to investigate the cell entry mechanism of poliovirus. She then took an EMBO Postdoctoral Fellowship at the University of Oxford and is now Lecturer in Structural Biology at Imperial College London.

Sergio tells us why he chose a CRUK Career Development Fellowship, and the opportunities he has had since moving to the UK to build innovative collaborations with clinical impact.

Simona talked to us about how she prepared her application for a Programme Foundation Award, and how the funding is helping her realise her research ambitions.

Jessica told us how her Career Establishment Award helped her establish her independent research group, and she shares her advice for applicants considering this funding opportunity.