It’s a long journey from a bright idea in the lab to a commercially viable product, and the route isn’t always clear. It’s here that Cancer Research Technology (CRT) – the charity’s commercialisation arm – can help.

The most obvious opportunity for commercialisation is the development of new cancer drugs, which is why Geoff Higgins, CRUK clinician scientist and honorary consultant oncologist in Oxford, approached CRT around 5 years ago. He and his team are working on POLQ – an unusual polymerase involved in DNA damage repair that is overexpressed in many types of cancers but not found in most healthy cells.

“By making inhibitors to POLQ, we may be able to make radiotherapy more effective in killing tumours while not exacerbating the side effects,” he explains. Additionally, blocking POLQ seems to cause synthetic lethality in tumours that are unable to repair their DNA through homologous recombination, pointing to another clinically useful application.

Geoff has been working with the CRT Discovery Laboratories (CRT-DL) to discover and develop small molecule inhibitors of POLQ. “Drug discovery goes way beyond the resources and skills we have in my lab – for example, being able to screen large libraries of a couple of hundred thousand compounds is well beyond the scope of what we can do,” he says. While CRT-DL has the chemistry skills to develop interesting hits from the initial screens, and turn these into lead molecules, Geoff and his team can provide biological validation and testing of potential compounds – each lab bringing complementary skills and expertise to the project.

His experience of drug discovery has been positive. “It has been an extremely useful collaboration helping to make inhibitors against what we think is a clinically important protein.” So far he and the CRT-DL team have made significant progress and are at the exciting stage of testing compounds that seem to have activity against POLQ. “As a clinician scientist I want to develop drugs that will be clinically useful and get them, eventually, to patients – and that’s something I hope we are closer to being able to do.”

Diagnostics: from technique to platform 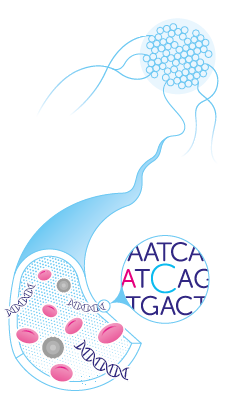 But it’s not just drugs that are ripe for commercialisation. At the CRUK Cambridge Institute, Nitzan Rosenfeld is developing a PCR-based sequencing technique (TAm-Seq) that can detect DNA shed from cancer cells into the bloodstream. This approach, usually referred to as ‘liquid biopsy’, is a non-invasive way to provide oncologists with clinically-actionable information to stratify patients, monitor treatment progress and identify emerging resistance. There is also the long-term possibility of developing blood tests to diagnose cancer in its earliest stages.

Together with CRT, Nitzan launched the spin-out company Inivata, with the aim of developing the technology platform and taking it forward for clinical validation. From £4 million seed funding in 2014, the company has grown to encompass two research labs with dozens of employees. In January 2016 Inivata received a further boost, securing investments totalling £31.5 million for further clinical trials and commercialisation.

“It’s exhilarating and exhausting, but ultimately very satisfying,” says Nitzan. “I’m grateful to CRUK and CRT for the support they’re giving: they’re doing everything in their power to help turn this valuable technology into a commercial clinical reality.”​

Software: from concepts to commercial opportunities

Commercial opportunities don’t always take the form of drugs and diagnostics. Jack Cuzick at the Wolfson Institute of Preventive Medicine in London asked CRT to step in when profit-making companies started asking if they could use the breast cancer risk-assessment software that he and his colleague Jonathan Tyrer had created.

“The IBIS software arose out of the need to better assess the risk of individuals who were being considered for the IBIS-I prevention trials, testing whether tamoxifen could reduce the risk of breast cancer in high risk women,” he says. “We had a number of specific entry criteria, but developed the model to take into account family history and lifestyle factors such as weight and age at menopause.”

Jack was keen for the software to be freely available for non-commercial use, but asked CRT to help develop licensing and royalty collection from companies who wanted to include it as part of paid-for products. “It was never designed to be a commercial hit – we just wanted it to be used as widely as possible. But the fact that the software is available on commercial platforms has increased awareness, and it’s now the most widely used model across the world.”

The first step from bright idea to commercial venture is as simple as getting in touch with the team at CRT. Fiona Middleton (see box) explains how the process works. “We act as the bridge between academia and industry, going out and talking to the scientists funded by CRUK, helping them identify anything that might have significant potential,” she says. “We then help develop and protect these ideas, and use our contacts to partner scientists up with industry or build collaborations, so we can get new treatments and tests to patients quicker. And, importantly, all the money we make is returned to CRUK to be reinvested into research, to support even more life-saving ideas.”

Nitzan has advice for researchers who think they may have hit on a brilliant idea that is ripe for commercialisation. “Think about intellectual property early on in the process. Even though something is promising and could make a big difference to patients, if you want to get private investment, that won’t happen if you don’t have a sensible intellectual property position. It means thinking a little about the endpoint before rushing to publish, otherwise you can find yourself in a position where you have a very good idea but it’s not investable.” 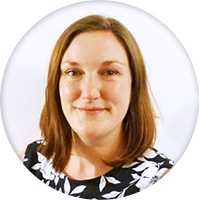 “I did my PhD at the Northern Institute for Cancer Research in Newcastle, in collaboration with an industrial company. It made me think about what happens to research – how it gets to patients and the process that happens along the way – so once I’d finished my research I moved into a role in the business management team here at CRT.

Right now I’m working on around 10 projects in different stages, including the IBIS software. I love going out and hearing about the latest research, direct from the scientists. The most rewarding thing about the job is seeing the science progress and knowing it could get to patients one day and being part of this translational process.

We’re here to help researchers: we have so many contacts within the pharma and biotech industries that there’s a good chance we can help them take their discoveries forward. Even if it’s just the beginning of an idea, it’s still worth talking to us about it, because there might be ways we can help.”