Asking the right questions: how do you set a Challenge that’s Grand?

The Advisory Panel meet to set the challenges. (Ed Cervantes-Watson)

It can’t have escaped your notice (if we’ve done our jobs properly) that last month at Cancer Research UK we launched our biggest ever funding scheme. With huge ambition, and a pot of money to match, we’re tackling cancer’s Grand Challenges. You might have heard about it on the BBC, or read about it in Nature.

We’ve narrowed down our Grand Challenges to just seven of the biggest questions in cancer research, encapsulating some of the most obstinate problems and exciting opportunities in the field. You can read about each of the topics, and what we want our applicants to deliver, on our science blog. And you can find out how you can be a part of the teams that will take on these mighty missions on the Grand Challenge website.

It’s been wonderful to see the reception that the seven challenges have received from the research community, and the enthusiastic response that we have already had from people keen to take them on. Because deciding on just seven of the biggest problems in something as complex as cancer is not a simple task. It’s one that has taken a lot of hard work from the team at CRUK, and hard thinking from thousands of you.

This is the story so far behind the Grand Challenge.

In 2014 we launched our Research Strategy, setting tough targets for improving patient outcomes and reducing cancer incidence. While we’re proud of the great achievements of our Institutes, Centres and the researchers whose work we fund, we know that setting tough targets means we have to increase our support for researchers and fund more research in new and creative ways. Grand Challenge is just one of the innovations that we think will help us to beat cancer sooner.

The idea of the Grand Challenge is to transform the cancer research field by tackling some of the biggest barriers that hold up progress. If programme grants and fellowships allow researchers to chip away at our understanding of cancer, Grand Challenge should allow us to blast through to a whole new sphere of knowledge or a brand new therapeutic or preventive opportunity.

The concept was pioneered by the Longitude Prize, offered in 1714 to the scientist or inventor who could solve the problem of determining longitude at sea. The resulting breakthrough enabled an age of discovery by opening up exploration, trade and conquest.

But we need to focus our efforts carefully. Poorly thought through, a Grand Challenge might be wasted in an intransigent field, or on a problem that is too hard to crack at this time. So we knew we would have to put in a lot of work to make sure the Grand Challenge had exactly the right focus.

And so we set out a year ago with our own challenge: turning an exciting but nebulous idea into a precision funding proposition. Requiring energy, organisation and a broad understanding of cancer research, the task fell to Programme Manager Ed Cervantes-Watson and Senior Research Funding Manager Jo Owens, supported variously by Martin Bell, Felicity Brett, Lily Bull, Amelia Dearman, Freya Parry, and Kathy Weston.

The team quickly assembled an expert advisory and funding panel with impressive qualifications for steering such a project — chaired by Dr Rick Klausner, the former director of the NIH National Cancer Institute who also oversaw the launch of the Gates Foundation Grand Challenges in Global Health Initiative.

It was amazing when the panel came together. We went out to the most brilliant people we could think of, knowing they were in great demand and that we were really trying our luck. But they saw what we were trying to do with the Grand Challenge, and what the possibilities might be, and almost everybody signed up right away! 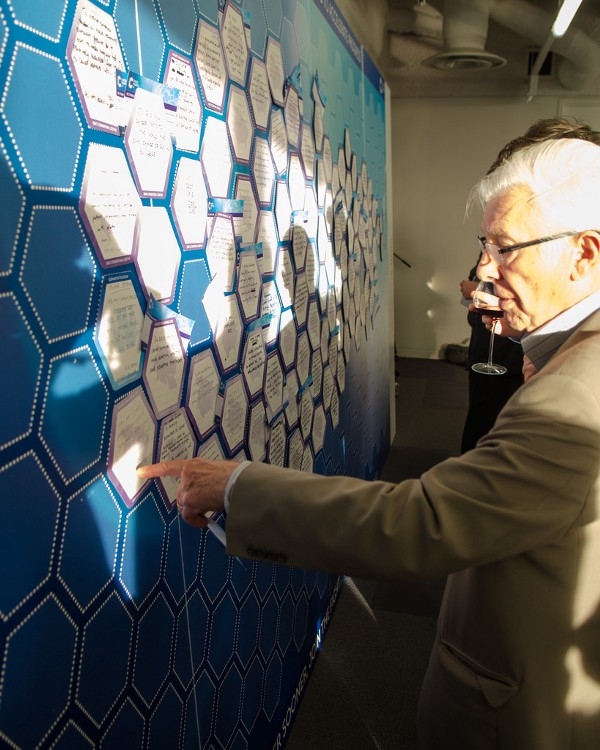 The next task was to set the topics: the questions that we would invite researchers to address. But how to pick the right ones? There’s no shortage of unsolved questions and barriers to progress in cancer research. The first thing we wanted to do was survey the breadth of those questions and get a high resolution picture of the problems and opportunities that engage and excite scientists and clinicians. So we opened our biggest ever consultation exercise.

From online surveys to touring the biggest conferences, we discussed the Grand Challenge with thousands of researchers. And in the spring we held a pair of intensive workshops, The Big Thinks: mixing the brightest leaders and rising stars of cancer research with innovators, entrepreneurs and patients for some creative brainstorming.

That was when everything started coming together. Following a morning of impassioned discussion, sun streaming in to Level 39 of Canary Wharf Tower overlooking the London skyline, there was this seminal moment where we asked everyone to pause and reflect, before articulating what they perceived to be the biggest challenge in cancer. It really focused the minds — the silence was palpable. That was the first time I appreciated the true enormity of the task. 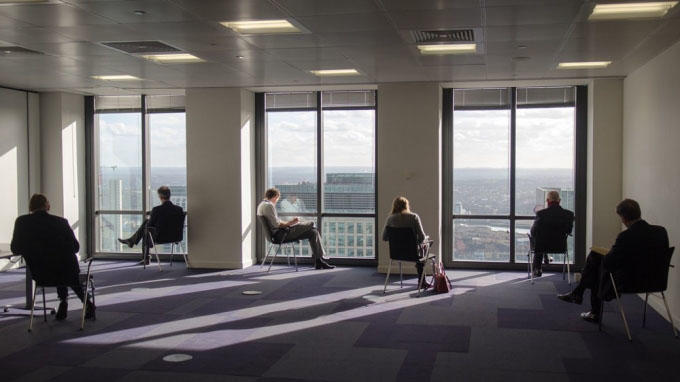 From consulting the community we could begin to see some of the themes that were on lots of people’s minds. But turning hundreds of ideas into specific questions that we would feel confident giving teams £20 million to address is in itself a daunting task.

Crafting a Grand Challenge is an art. To be specific enough to be tractable, measurable, achievable, without losing any of the grandeur that makes it inspirational and attractive to the creativity of the research community. You want it to be ambitious enough, but not crazy. It needs to be at the edge of doable — but still doable.

After narrowing the field by grouping related ideas and setting aside those that don’t yet feel doable, we held a further deep dive consultation with experts to pin down the definitions of the potential challenges. Finally, just three weeks before the launch, the team took the ideas to the advisory panel in Boston, where two days of rumination and debate transformed the stack of challenges into the seven that we launched.

This is your challenge

We think the panel have picked just the right breadth of ideas to take advantage of the talent across the research community. Their ideas strike a balance of ambitious risk taking and achievability that makes us excited for the possibilities. And we’ve been really pleased to see a similar response to them from the community.

We wouldn’t have been able to do this without all of you who responded to our consultations, shared ideas on the Grand Challenge wall at conferences, and participated in the Big Think workshops. So thank you — and good luck assembling your teams to take on the challenges! 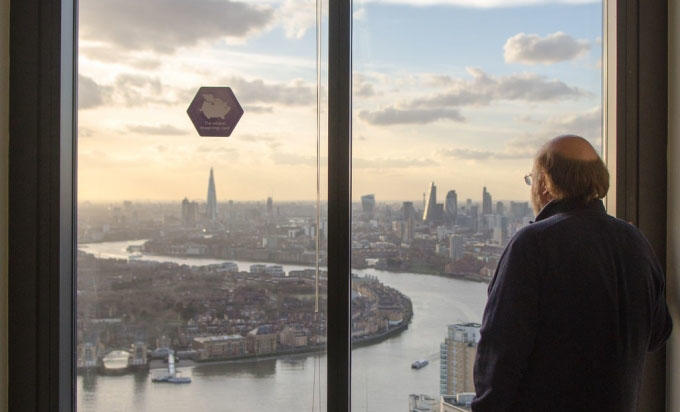 Still got questions about how you can get involved with Grand Challenge? Get in touch with Dr Jo Owens, Senior Research Funding Manager, at grandchallenge@cancer.org.uk.