Back to funded teams

Understanding why cancers grow in some tissues and not in others

A team of 13 led by Professor Stephen Elledge

The Netherlands, UK and USA

The SPECIFICANCER team, led by Professor Stephen Elledge, succeeded in securing a £20 million Cancer Research UK Grand Challenge award in 2019. The team want to generate a comprehensive map of cancer drivers and their specificity to different tissues. Professor Elledge and his team are tackling the challenge 'Devise approaches to prevent or treat cancer based on mechanisms that determine tissue specificity of some cancer genes'.

Cancer is caused by mutations in the DNA of our cells. These mutations can come about by chance, or can be caused by environmental factors, and result in cells multiplying out of control. We know that different DNA mutations can cause different types of cancer. For example, mistakes in the BRCA1 and BRCA2 genes are known to have a role in breast and ovarian cancer development. However, despite decades of research, we don’t yet understand why these errors only cause cancer in specific organs, and not in other parts of the body. The faulty genes can be found in nearly all our cells – so why is the cancer found in specific places?

Professor Stephen Elledge and his international team of researchers are stepping up to the plate, and are looking to answer this question once and for all. By carefully mapping cancer drivers in our cells – molecules that are known to cause cancer – they hope to shed light on which drivers cause cancer in different tissues throughout the body.

In a collaboration that involves researchers from multiple disciplines – including geneticists, cell biologists and bioinformaticians – this Grand Challenge project aims to generate a comprehensive map of cancer drivers and their specificity to different tissues. This has the potential to improve our basic understanding of cancer, and provide information that will impact therapeutic choices for patients.

The team – made up of researchers in the USA and the Netherlands – are going to look at our cells’ DNA to identify which genes control whether cells divide or not. By looking at the DNA in different locations in the body, this screen will allow the team to look at whether certain genes are only active in specific tissues. This will provide vital information on known cancer drivers, as well as allowing the team to identify new potential drivers of cancer. Alongside this, the researchers will be assessing how well different cancer drugs work in different types of cancer, and if this can be linked to the activity of cancer drivers.

If successful, the SPECIFICANCER team's map of ‘tissue specificity’ will give us a complete overview of which cancer drivers play a role in the different tissues throughout the body. This understanding could transform the way doctors treat cancer, as they will be able to select which drugs are more likely to work based on exactly how and where the cancer originated.

The genomics revolution has offered unprecedented insight in to the pathways that are dysregulated in cancer. A recurrent observation from these studies is that certain mutations are frequently associated with malignancies in specific tissues but are virtually absent from others.

How and why this tropism exists remains largely unknown, but it strongly suggests that bottlenecks to tumorigenesis are tissue specific and that the processing of information conferred by driver mutations is dependent on the molecular milieu.

Understanding the mechanisms that underpin the way different tissues respond to mutations is an issue which – if tackled – could transform the way cancers are managed, from prevention through to treatment.

At the heart of the issue lies a fundamental question; what gives a tissue its identity?

Stephen Elledge and his team believe that epigenetic architecture assembled during development creates a tissue-specific molecular circuitry which dictates how the information from oncogenic drivers is processed and responded to. As such, they posit that the epigenetic landscape of the cell will confer targetable tissue-specific vulnerabilities.

Grand Challenge has enabled him to assemble an international constellation of world-leading tumour biologists, geneticists, computational biologists and more to test this hypothesis.

The scale of funding afforded by Grand Challenge has allowed him to devise an ambitious plan – called SPECIFICANCER – to breach the boundaries of traditional, single investigator-led approaches, and create synergy on an unparalleled scale.

Their overall approach is to integrate data from functional genomic screens, in vivo models and cancer genomics studies to build rich tissue-specific datasets to interrogate why specific responses are evoked following oncogenic mutation.

To flush out genes involved in establishing the cancer phenotype across cell types, the team will embark on a suite of unbiased screens – the largest ever performed in healthy tissue. Oncogenic driver libraries, together with ORF and CRISPR libraries will be used to identify genes driving proliferation and survival in eight different cell types taken from seven (brain, breast, colon, kidney, lung, pancreas and skin) organs.

Promising hits will be further scrutinised with organoid panels – which are amenable to high-throughput oncogenic library screens – allowing the team to validate their results in models which more closely mimic the tumour environment.

These isogenic lines will be subjected to exhaustive transcriptomic (RNAseq), proteomic (whole and phospho-proteome) and epigenetic (ChIP seq and ATAC seq) analyses of cell in the presence or absence of each oncogenic insult.

Next, these genetically engineered cells will be used as the basis for the first ever systematic review of synthetic lethality across human tissues – using both ORF and CRISPR libraries – to identify driver-specific lethals that are tissue-selective or promiscuous across different tissue types.

Finally, commonly observed combinations of driver mutations will be introduced into permissive and non-permissive tissues, which will then be subjected to large-scale compound screens to further delineate targetable tissue-specific vulnerabilities.

Together, these experiments will allow the group to discern the ‘ground-state’ for each different cell type and elucidate how this molecular circuitry is perturbed by driver events.

They’ll also allow the team to see whether re-creating this circuitry in non-permissive tissues could drive transformation and importantly, whether short-circuiting these networks might abort or reverse tumorigenesis.

The team will next focus efforts on three pathways which display exquisite tissue-specific mutational profiles in cancer: KRAS/MAPK, WNT/β-Catenin and EZH2/PRC2, the latter of which is itself an epigenetic modifier that is frequently mutated in many tumour types.

Using genetically-engineered mouse models, the aim will be to discern the biological consequences of driver mutations in permissive and non-permissive tissues in well-defined, genetically tractable in vivo settings.

Talk to the tissue

Not only will this project reveal novel tissue-specific targets, its findings might also help explain why certain treatments have therapeutic benefit in some tumor types but fail to do so in others.

In recent years, the idea of treating tumours according to their genetic profile rather than their anatomical site has gained significant traction. But while the hypothesis is solid in principle, it has not yet lived up to its promise in the clinic; targeted treatments have shown wildly different effects in different tissue types, even those with identical driver mutations.

Elledge asserts that these disparities are down to the tissue-specific epigenetic ‘ground-state’ and that the project will provide the rationale for a new era of ‘tropo-genetic’ medicine which considers oncogenic mutations, and crucially, the tissue context in which they exist.

When cartography and biology collide

The vast amounts of data generated will integrated to produce functional maps, which will provide – for the first time – a comprehensive and robust way to compare and interrogate tissue-specific networks.

The team hope that the community will be able to use these maps to provide genomics data into deeper biological context and unveil novel therapeutic strategies that are rooted in the biology of tissues.

The team will generate a number of resources – including cells, organoids, genomic libraries and datasets – all which will be made freely available to the wider community.

Elledge’s team is hopeful that the project will establish a new doctrine for the way tumours are approached both in the lab and in the clinic. Although the project focuses on a subset of cancers, it’s easy to see how lessons learned could percolate across disease types, revealing insights into how cancer develops and might be targeted.

But it’s not only cancer research that is likely to be enriched by this work. By offering a tissue-specific lens through which to view cell behaviour, this project has the potential to drive innovation and discovery across the field of metazoan biology. As Elledge himself predicts: “It’s going to make a lot of things possible that weren’t before.” 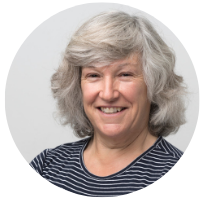 "All the Grand Challenge applications were exciting and had huge potential to help understand and beat cancer quicker, but this application stood out. They are a strong team of researchers and patient representatives who want to learn more about how genes and organ tissues interact. This will teach us a lot about cancer prevention and more effective, but less invasive, cancer treatment. This has the potential to touch so many peoples’ lives. "

We are thrilled to be involved in the Cancer Research UK Grand Challenge. Understanding the fundamental basis of tissue specificity in cancer is central to generating the most systematic approach to selecting therapies. The Grand Challenge provides us with the resources to assemble the right team to unravel this riddle and to ensure we are best matching cancer types to the therapies that are most likely to benefit the patient. 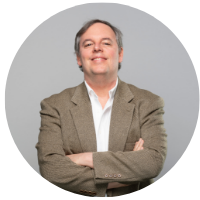 Principal Investigator
Gregor Mendel Professor of Genetics and of Medicine 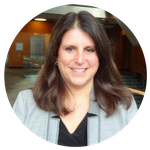 Professor of Medicine and Genetics 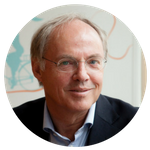 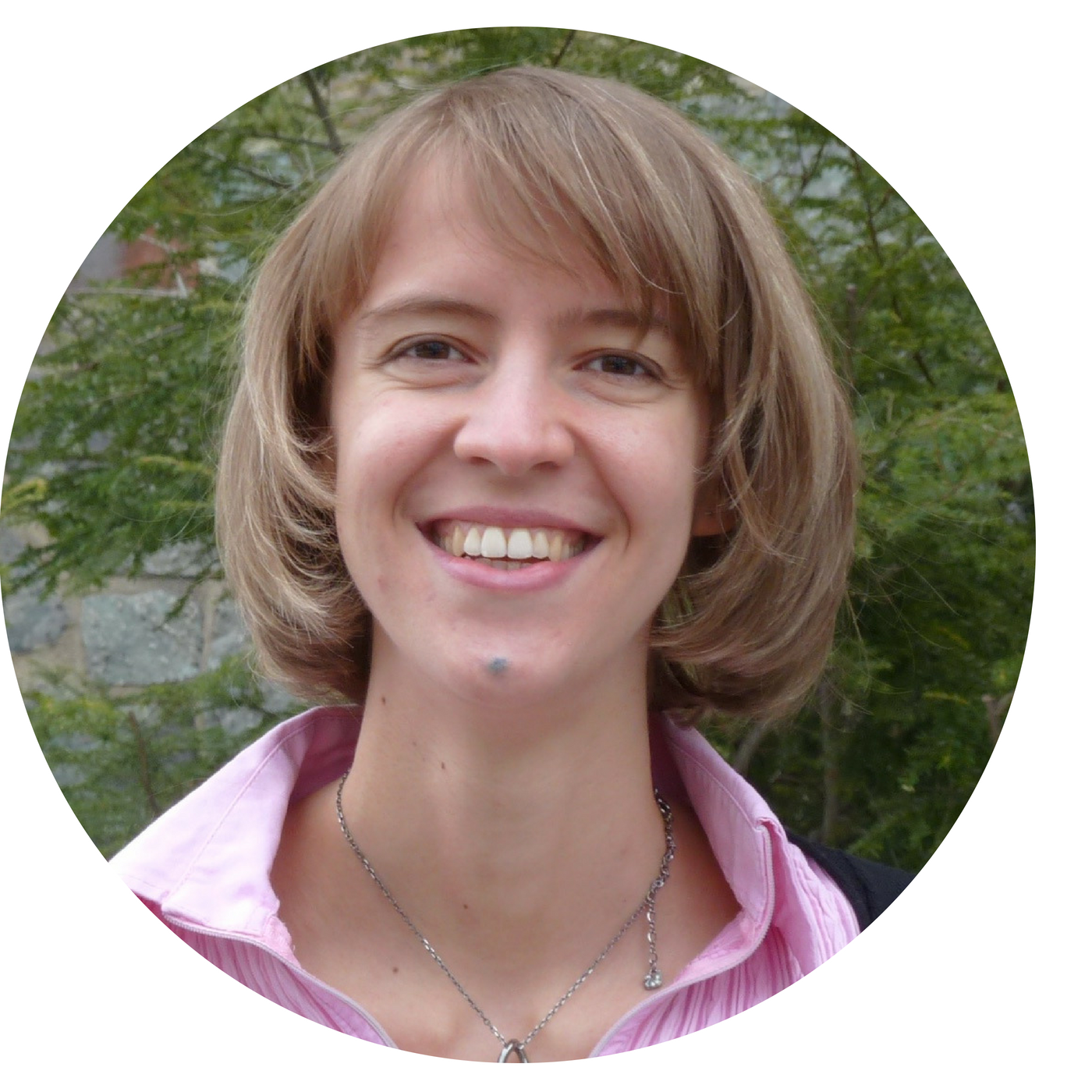 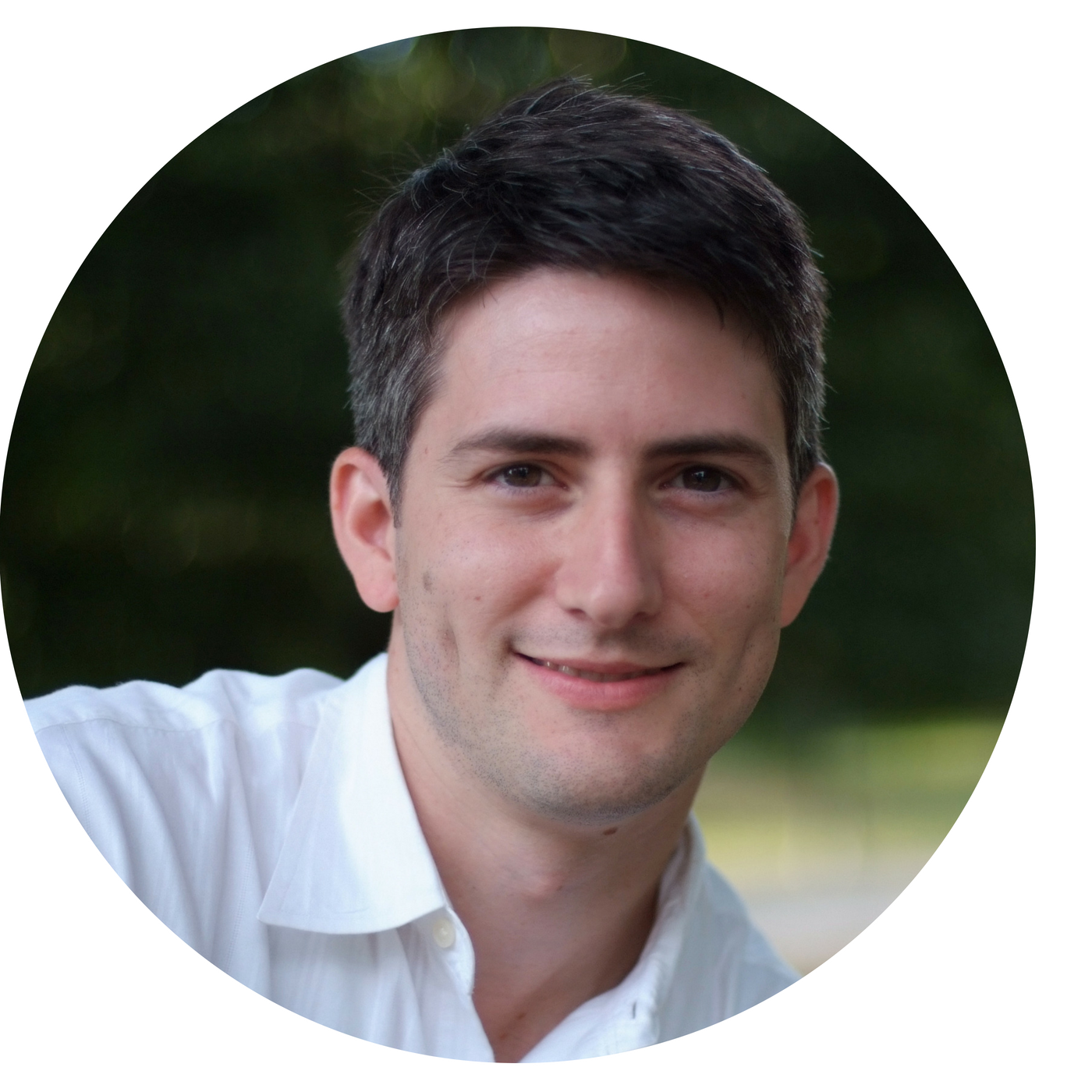 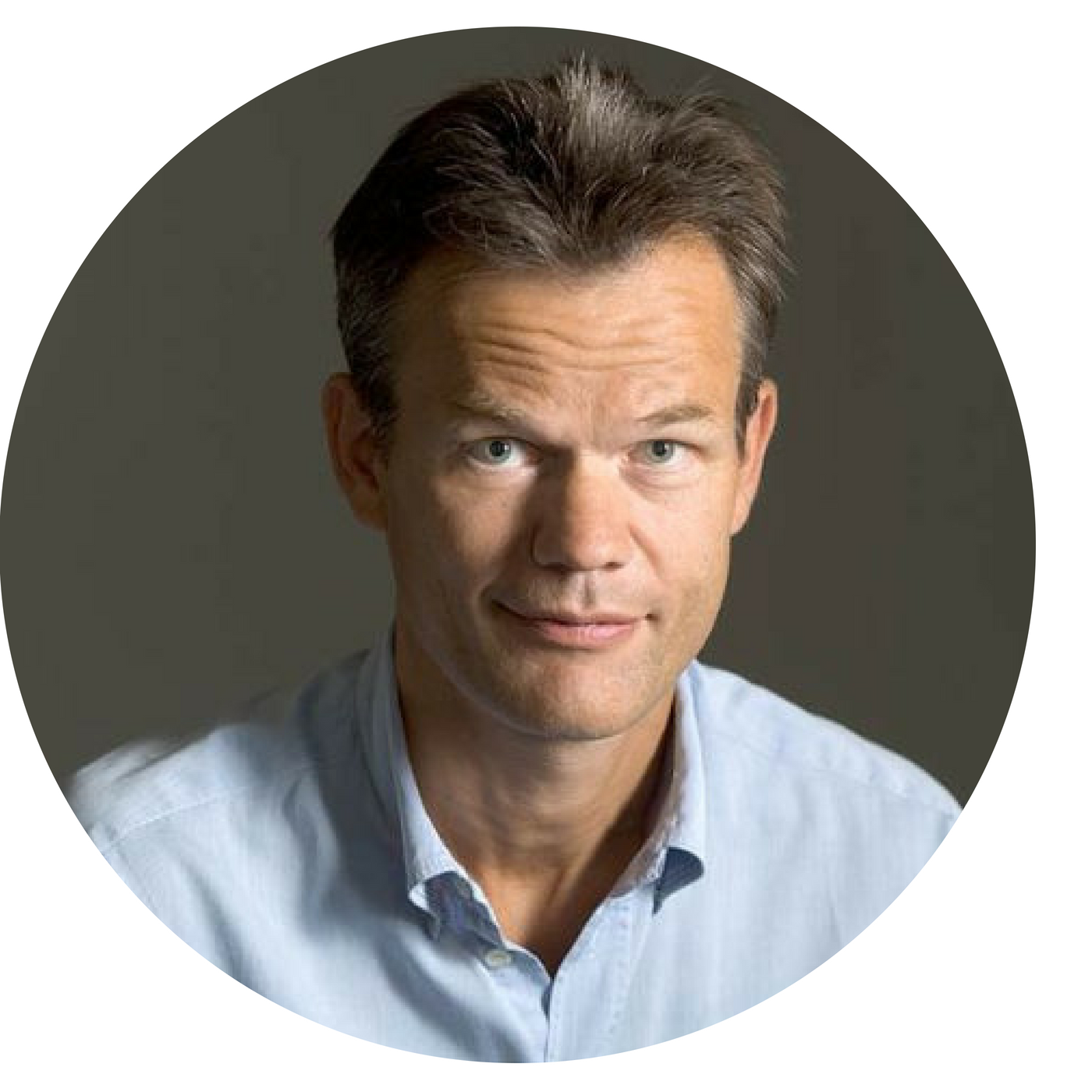 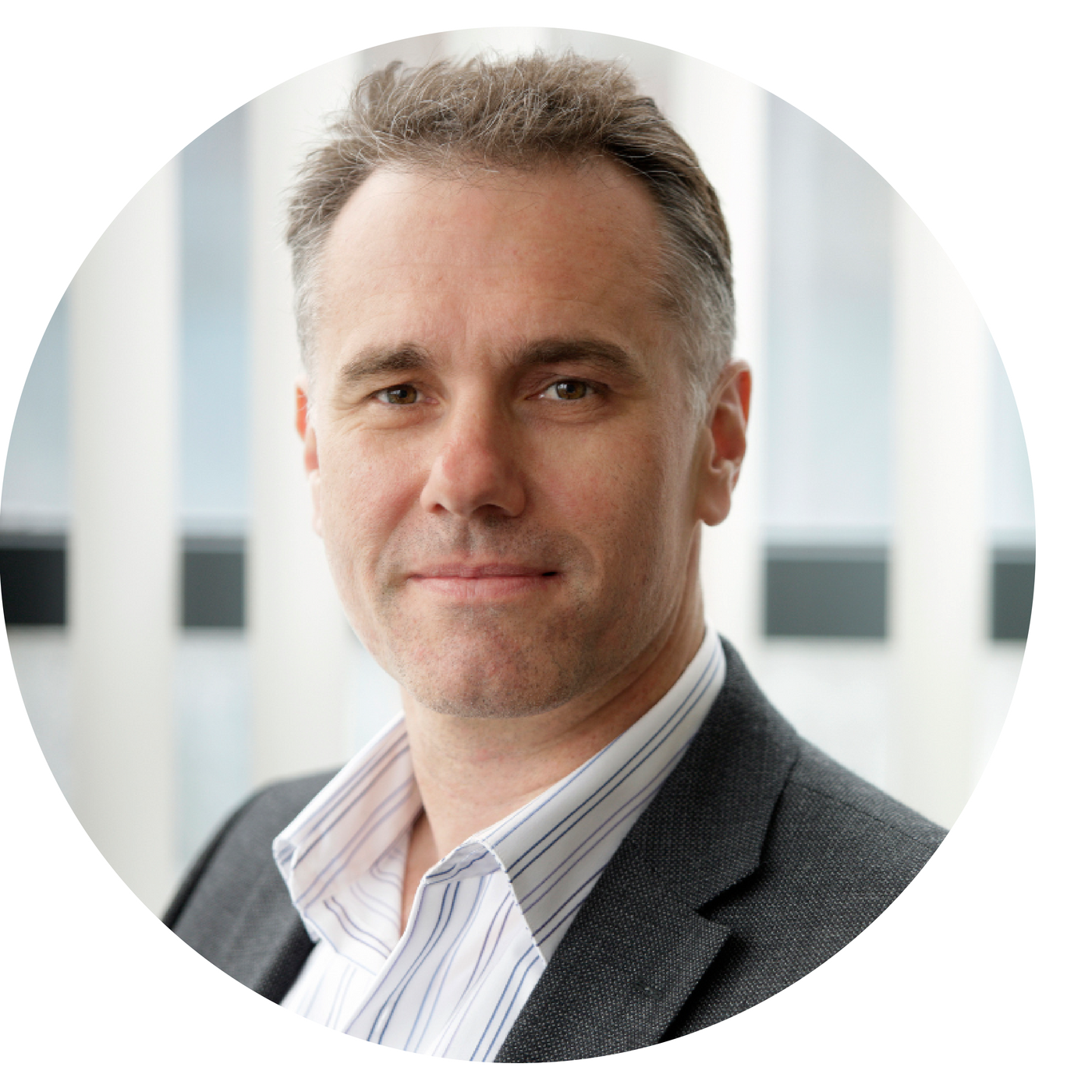 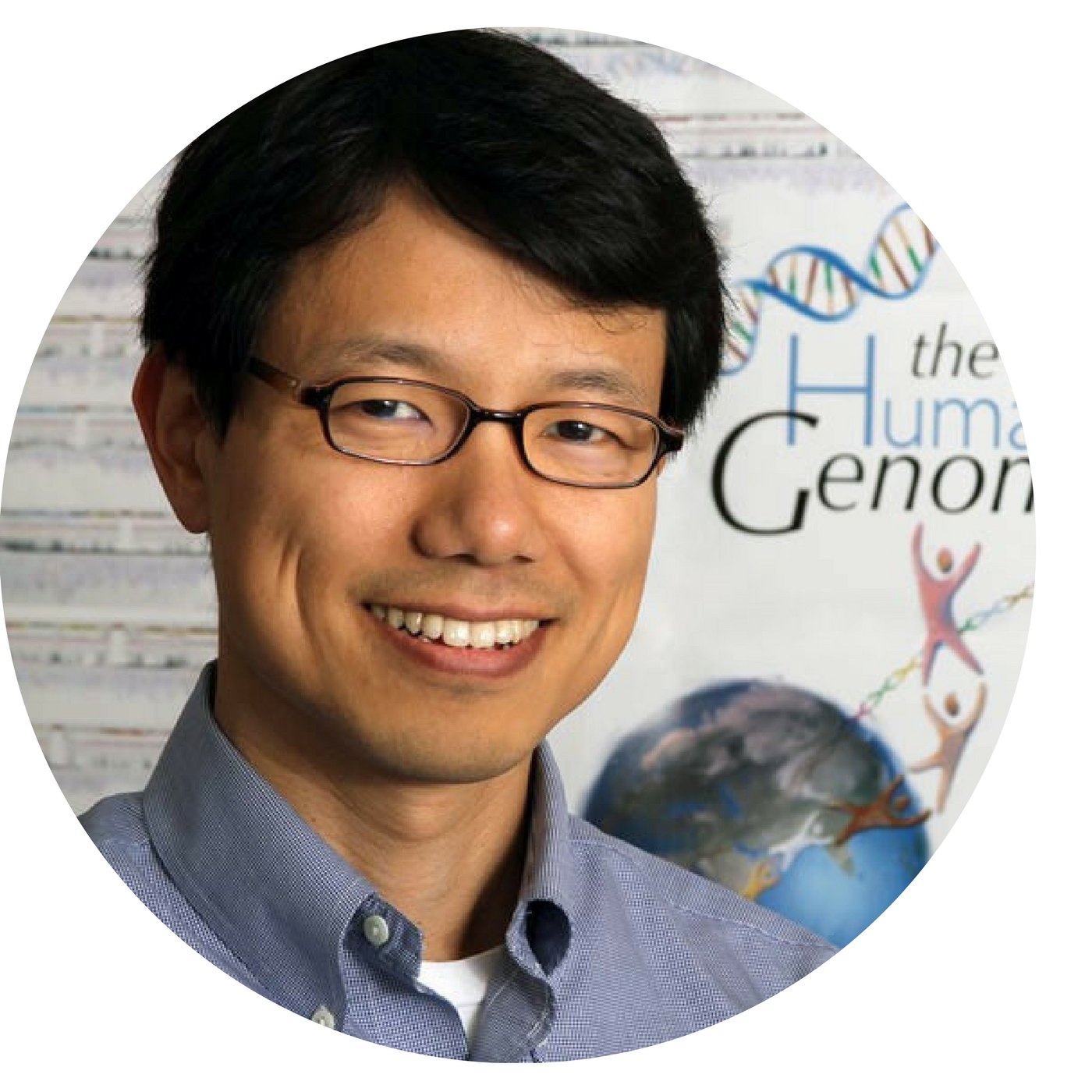 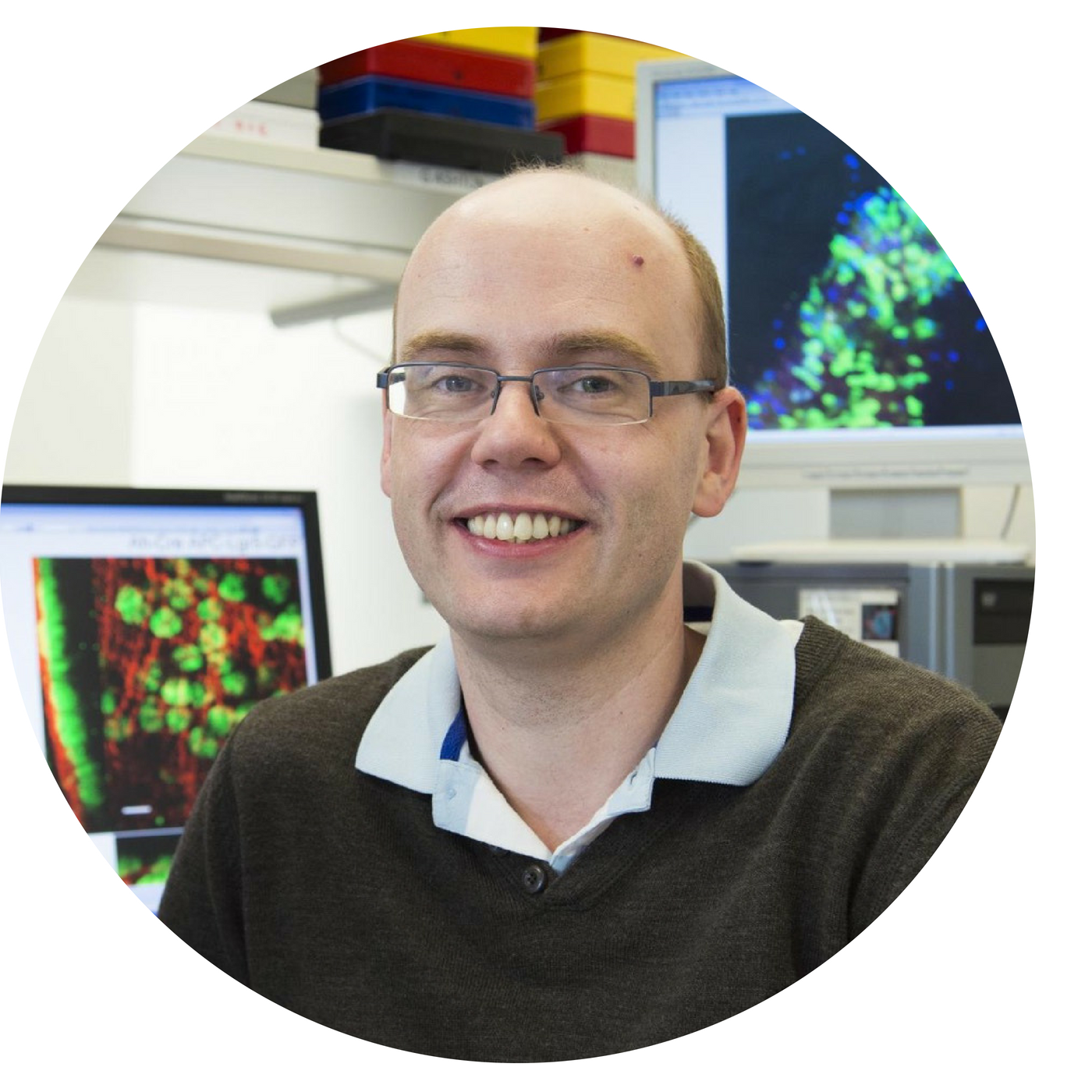 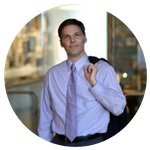 Professor of Molecular and Human Genetics 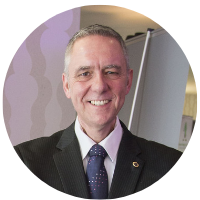 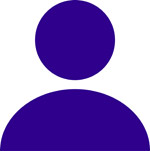 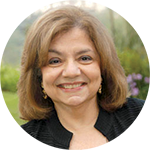