Back to all teams

A team of 13 investigators

The Netherlands, UK and USA

Millions of women attend breast screening every year, but often lesions show up that will never go on to turn into full-blown breast cancer. Because doctors don’t know which of these lesions could be dangerous, they often treat women just in case. In our project we will study thousands of these lesions in great detail to understand which are low- and high- risk and help doctors to make more informed decisions about treatment. 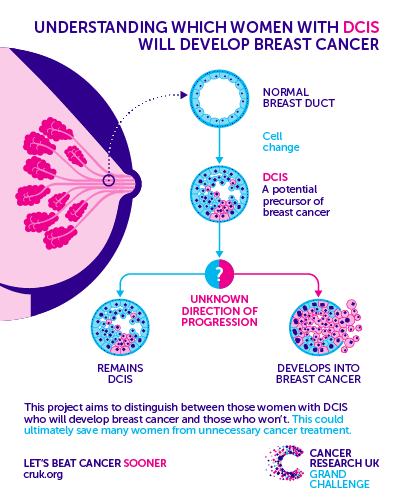 The Cancer Grand Challenges PRECISION team is jointly funded by Cancer Research UK and the Dutch Cancer Society (KWF). Professor Jelle Wesseling and his team were awarded £15 million in 2017 to tackle the challenge 'Distinguish between lethal cancers that need treating, and non-lethal cancers that don’t'. They aim to spare thousands of women unnecessary treatment.

Ductal carcinoma in situ (DCIS) is a condition that can sometimes develop into breast cancer. Each year it affects more than 6,300 women in the UK, and thousands more worldwide.

But right now, doctors can’t tell whether women with DCIS will go on to develop breast cancer. This means that, unfortunately, some women with DCIS undergo hospital visits, surgery and even chemotherapy and radiotherapy that they don’t need, while also causing them unnecessary stress and anxiety.

Professor Jelle Wesseling and his team of scientists from the UK, Netherlands and the US want to change this, and stop women getting treatment they won’t benefit from.

To achieve their aim, the PRECISION team will study tissue samples taken from women with DCIS during surgery. These samples will come from women living in the UK, US and the Netherlands.

They will look at these samples in great detail, studying their characteristics, including their genetic make-up and what kind of immune cells they contain. Alongside this, they will gather clinical information about these women, recording whether their DCIS came back, if they later developed breast cancer, and if so, whether it spread.

The team will then combine all of this information and use mathematical modelling to search for clues (biomarkers) in the DNA of women who have had DCIS, that could indicate how likely they are to develop breast cancer later on.

Once they have identified potential biomarkers, they will test them in larger clinical trials for women with DCIS. Their goal is to find out whether these biomarkers can accurately and reliably distinguish between women with DCIS who will likely develop breast cancer and should be treated, and those who can safely avoid treatment.

Ultimately, the PRECISION team hope to spare thousands of women unnecessary treatment while making sure those who need it, get it. 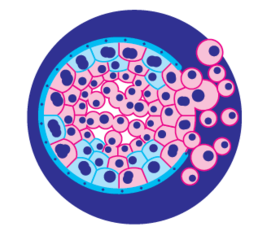 The PRECISION team have made considerable progress since being awarded funding. They have put in place the necessary agreements and contracts to transfer valuable tissues and data across geographical borders, enabling them to establish a truly global collaboration.

They have focused their attention on the comprehensive characterisation of thousands of DCIS samples and the complementary clinical information, while also establishing a number of novel lab-based models of DCIS that will allow them to validate and interrogate their findings from the clinical samples.

Looking ahead, the PRECISION team are carefully planning and agreeing how they will collect and analyse samples and data from women with DCIS taking part in three ongoing clinical trials in the US, the UK and the Netherlands. Coordinating processes across the three trials is critical, so they can robustly verify whether their risk-prediction model is accurate and consistent. This will ensure that doctors can reliably use the outcomes of this Cancer Grand Challenge in the future to help women with DCIS make the right choices about their treatment. 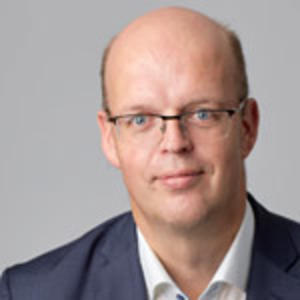 Jelle Wesseling, basic scientist (molecular biology) as well as consultant breast pathologist, has the ideal skill-set and expertise to achieve the full transition from bench-to-bedside. At the Netherlands Cancer Institute, he focuses on finding biomarkers distinguishing harmless from potentially hazardous ductal carcinoma in situ (DCIS), a common potential breast cancer precursor. This will help to spare many women with harmless DCIS the burden of pointless treatment, whereas those with hazardous DCIS can still be treated with excellent outcomes. 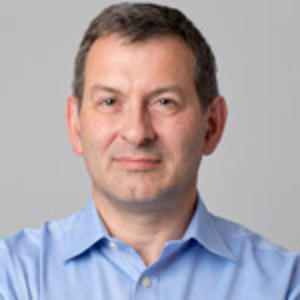 As Professor of Surgery at MD Anderson Cancer Center, Houston, Texas since 2014, his research focus is on translational collaborations and innovative clinical trials in the preoperative setting for DCIS and invasive breast cancer.

In the Grand Challenge he will focus on tissue procurement through to clinical application of knowledge gained from the PRECISION DCIS program. 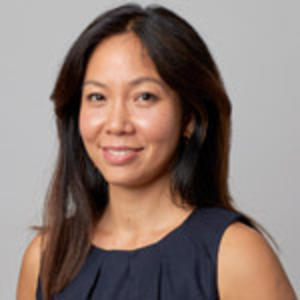 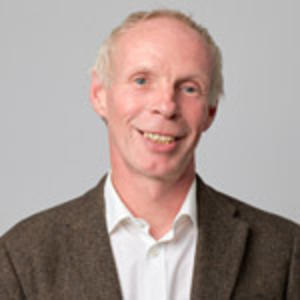 Jos Jonkers is group leader and head of the division of Molecular Pathology of the Netherlands Cancer Institute. In 2012 he was elected to EMBO membership and appointed as Head of Molecular Pathology at the NKI. As of 2013 he is Professor of Molecular Experimental Oncogenetics and Cancer Therapeutics of the University of Leiden, The Netherlands. His lab specializes in the genetic dissection of human BRCA-associated hereditary breast cancer and E-cadherin mutated invasive lobular breast cancer through the use of genetically engineered mouse models and patient-derived xenograft models, which are used for both basic and translational studies. 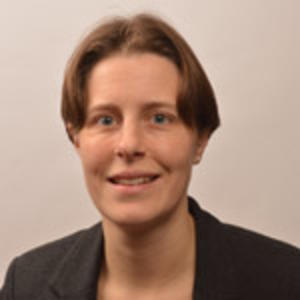 Esther Lips was trained in epidemiology and molecular biology. For the last eight years she has been working on the identification of prognostic and predictive biomarkers in breast cancer and breast cancer precursor lesions, ultimately leading to molecular based clinical tests.

Within the CRUK Grand Challenge PRECISION project she will lead work package 6, where all clinical and molecular data will be incorporated in a clinical risk prediction tool for women with ductal carcinoma in situ (DCIS). 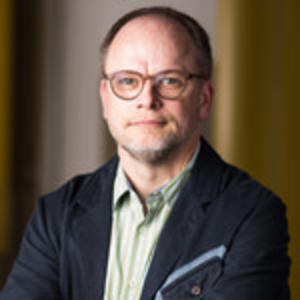 Dr Andrew Futreal aims to accelerate the translation of genomic technologies into therapeutic applications. Before joining MD Anderson in July 2012, he was the co-director of the Cancer Genome Project at the Wellcome Trust Sanger Institute, where he continues to be an honorary faculty member. His chief scientific accomplishments include the identification of the BRCA1 and BRCA2 breast/ovarian cancer susceptibility genes, leading a pioneering effort in large-scale systematic cancer genomics leading to the identification the BRAF mutations in melanoma, ERBB2 mutations in non-small cell lung cancer and multiple new cancer genes in renal cell carcinoma. He received the NIH Public Service Award in 1995 for discovering the BRCA1 gene involved in subsets of breast and ovarian cancer. Dr. Futreal applies his knowledge of cancer genomics to improve both short-term and long-term patient outcomes extending to cancer survivorship. 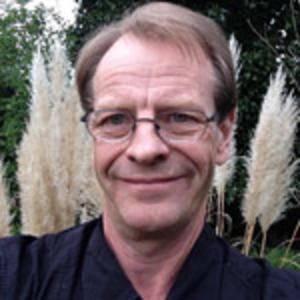 Professor Rea will be coordinating the collection of blood and tissue samples in the DCIS surgery vs active observation trials LORIS, COMET and LORD which may then be used to validate novel findings from the multiple work packages making up the PRECISION Grand Challenge. 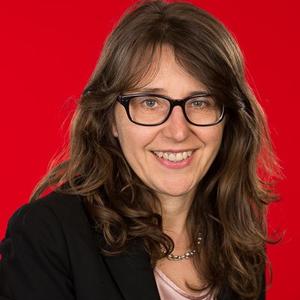 Elinor Sawyer is a Clinical Oncologist at Guy’s & St Thomas’ Hospital and King’s College London, specialising in the treatment of breast cancer. She trained as a clinician scientist at the London Research Institute. Her research interests are genetic predisposition to breast cancer, particularly lobular breast cancer and DCIS, and identification of biomarkers that predict progression of LCIS and DCIS.

As part of the PRECISION project she will focus on molecular analyses of the UK DCIS samples and the application of these findings to clinical practice. 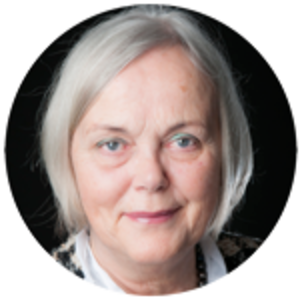 The diagnosis of breast cancer led to the commitment of patient activism with Ellen serving as the president of the Dutch advocacy network, The Dutch Europa Donna forum, part of the Borstkanker Vereniging Nederland (The Dutch  Breast cancer Association). From 2001 until 2006 she served as vice president of the Board of Borstkanker Vereniging  Nederland. And from 2013 onwards she has served as board member, with special assignment education of patient advocates.

Ellen has served as board member of Europa Donna, The European Breast Cancer Coalition from 2004 – 2010, the last two years as president. 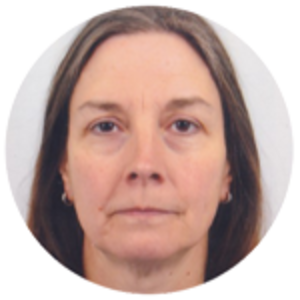 Marja is a health professional with focus on breast cancer screening. As breast cancer survivor she is a member of de Dutch PAG (the patient advisory board of BVN) and BOOG. On a national level she has experience in reviewing research proposals. She is also a patient partner with LORD. 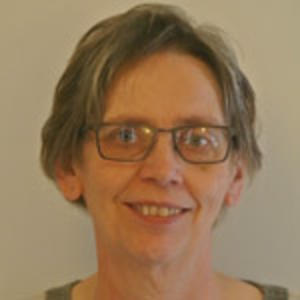 Hilary became involved as a patient in cancer research in 2010 after her own treatment for breast cancer, after realising how much research had benefited her. Since then she has contributed to a number of studies putting across the patient viewpoint, some of which are now changing practice for patients diagnosed today. She is currently a lay member of the NCRI Breast Cancer Clinical Studies Group. She trained as a volunteer and spent several years talking to clinic patients in Nottingham about the benefits and risks of using tissue for research and also now sit on the Access Committee for the Breast Cancer Now Tissue Bank. 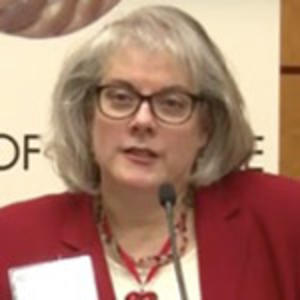 Deborah Collyar has applied a wealth of leadership skills from her successful IT business career to help create patient-centered medical research and healthcare after her first cancer diagnosis at the age of 32. She founded the international network, Patient Advocates In Research (PAIR) in 1996, “where research meets reality.” Her work encompasses many diseases, programs and policies at grassroots, national and international levels. Deborah works with academic institutions, government agencies, non-profits, community organizations, and patients of all kinds. 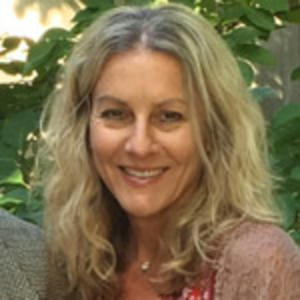 Donna Pinto is a Patient Advocate on the PRECISION team. She is also a Patient Advocate and the Social Media Director for the COMET Study. Donna is the founder of DCIS 411 and the co-founder of DCIS Redefined: Dilemmas, Choices & Integrative Solutions. These patient-centered websites provide support, resources and research regarding DCIS and the overtreatment controversy.

Donna has a BA in journalism and is skilled in public relations. She actively engages with the global DCIS community through her websites and social media.

We’re partnering with the Dutch Cancer Society to fund the PRECISION Grand Challenge team. This international partnership between two of the world’s leading cancer charities allowed us to pool our resources to fund ambitious, large-scale research that may not have been possible otherwise.

Find out more about how the partnership works, and more opportunities to work with us