Celebrities get egged for charity

• The most popular female celebrity to have breakfast with is Holly Willoughby (23 per cent, an estimated 11.5 million Brits*)

• The most popular male celebrity to have breakfast with is David Beckham (15 per cent, an estimated 7.7 million Brits**)

The UK’s favourite celebrities have been turned into egg art to mark the launch of Cancer Research UK’s Britain’s Biggest Breakfast campaign. 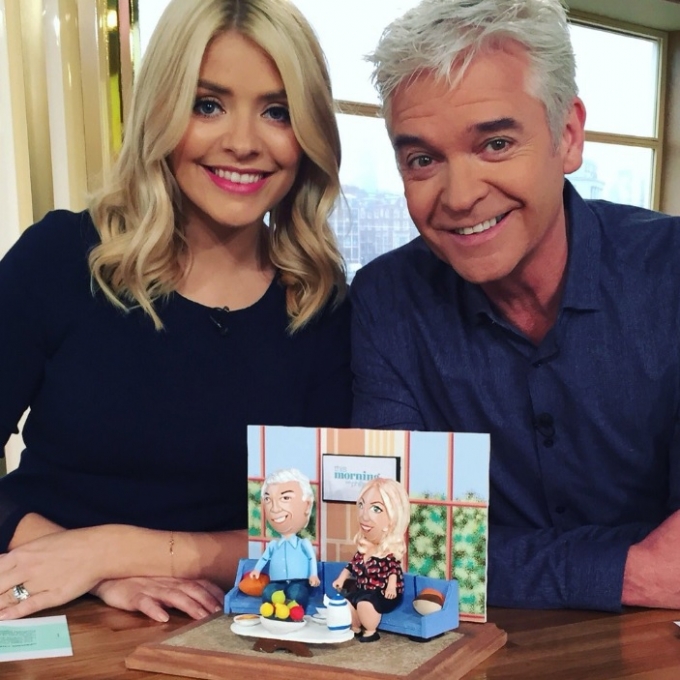 When asked which male celebrities Brits would most like to have breakfast with, an estimated 7.7 million**, chose David Beckham (15 per cent).  Closely behind were Phillip Schofield, James Corden and Benedict Cumberbatch, who were equally popular with 10 per cent choosing each of them.

Holly Willoughby came up trumps as the female celebrity Brits would most like to have breakfast with as an estimated 11.5 million* (23 per cent), chose her from a list of female celebrities.  Joanna Lumley followed with 15 per cent and her Absolutely Fabulous pal Jennifer Saunders also proved popular with 11 per cent of Brits choosing her.

The egg art scenes were created by American artist John Lamouranne for Cancer Research UK’s Britain’s Biggest Breakfast, taking place tomorrow. The campaign calls on the nation to come together with friends and family on 11 March and be part of a breakfast to raise vital funds to beat cancer sooner.

Claire Rowney, director of campaigns at Cancer Research UK said: “We’ve combined some of our best-loved celebrities with one of the nation’s favourite breakfast foods to celebrate Britain’s Biggest Breakfast this year. We hope thousands of people have a brilliant start to the day on 11 March and join us to help beat cancer sooner.”

It’s not too late to take part in Britain’s Biggest Breakfast this March – host a get together and help beat cancer sooner. Visit cruk.org/breakfast

* Estimated from the proportion of people in the sample population who indicated that the female celebrity they would most like to have breakfast with is Holly Willoughby, extrapolated to the UK 18+ population (mid-2014).

**** All figures, unless otherwise stated, are from Censuswide.  Total sample size was 2,159 adults. Fieldwork was undertaken between 5th - 9th February 2016.  The survey was carried out online. The figures have been weighted and are representative of all UK adults (aged 18+).