Helen Setterfield is a 65 year old mum of 3 and grandmother of 4. She lives in Belfast with her husband David. 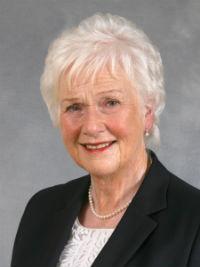 Devastating, unreal, disbelief, life changing: these are some of the words that come to mind when a cancer diagnosis is made. I can relate to them all. It was a watershed in my life.

I first went to the doctor some years before when I had problems with excessive reflux and difficulty in swallowing. I could feel food sticking in my oesophagus and just knew it wasn't right. The doctor sent me for a gastroscope and I was diagnosed with Barrett's Oesophagus. I had to have a scope every year.

I went for my routine scope in the autumn of 2003. The registrar said "Everything seems all right, but we’ll do a biopsy as usual. Make your appointment for next year." Off I went.

Ten days later I had a phone call from the hospital calling me back for more tests. I felt chilled to the core when I heard this – I just knew that I was in trouble. But it was this routine scope that saved my life.

On Friday, 5th December 2003 I had tea out with my daughter after work. We got home at 7pm and the phone was ringing. It was my doctor, who said I had to go into the hospital immediately. I was gripped with fear and sank down into the chair in a state of shock.

I made the call and luckily got speaking to the registrar. Yes, it was cancer. When could I come into hospital? My daughter assumed responsibility right away. She phoned the family, got a case ready and directed me to a warm bath! Already we had a role reversal. I had always been in charge. Not now.

Two hours later I was admitted into the ward.

The following week I went through gruelling tests, various scans and probes. My consultant and his team were very thorough and kept me well informed. But I felt as if I was working on remote control. It seemed as though I was floating over my own body, watching what was happening to me below.

I was allowed home that weekend to prepare for my operation the next week. My husband and children had prepared a family Christmas party and Santa arrived. It was my brother, who had come over from England as a surprise.

It was back to hospital on Monday. My consultant had explained the risks and the fact that the survival rate for this operation at that time was poor. I remember thinking that death was not in my 10 year plan – that was not going to happen to me. 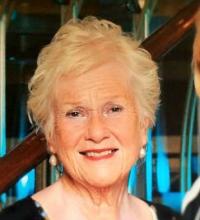 That week is a blur and I remember very little about the intensive care unit and the high dependency unit. I had no idea of time. Everything was tubes and machines and cheerful nurses. I was a slab of meat!!

Back in the ward was not easy either. I was not allowed food by mouth and had stitches all over my body. I could do nothing for myself.

Christmas morning came and the carol singers came into the ward early. In the morning the registrar came into the room with a piece of paper. "Here you are Helen, this is your Christmas present...". It was the results of the biopsy – all the cancer had been removed and the fast growing tumour had not spread.

What a present to get and there was more to come! I was to have a little custard for my Christmas dinner – my first food! It was my best ever Christmas dinner. I can’t thank my surgeon and his team enough. They were wonderful.

I was allowed home on New Year's Eve. My friends told me it was my turn to host the party and I wasn't getting out of it! I did see in the New Year at home with friends and family but they brought the food and did the work.

The following months were hard. I had continuous sickness and was unable to eat or sleep. The nurses in the hospital were a great support to me and the family. I was determined to improve but I knew that my life would never be the same again.

The surgery meant that my stomach is now up near my right shoulder. So I have to pay attention to what I eat and when I eat. I have to live with this but I will not be beaten.

Getting back into life

Eventually I returned to work full time but I have now retired. I trained to help others who find themselves in a similar position.

I have a good life. I enjoy playing golf (badly), holidays, family and friends. There is life after Oesophageal Cancer.

Support from other people 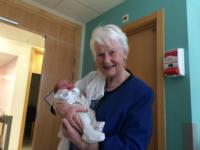 The Oesophageal Patients Association has been great. It provides an opportunity for patients to meet with others in a similar situation to discuss common problems, coping mechanisms, diet problems and to share support and advice.

Many people have helped me on this journey. I can't thank them enough.